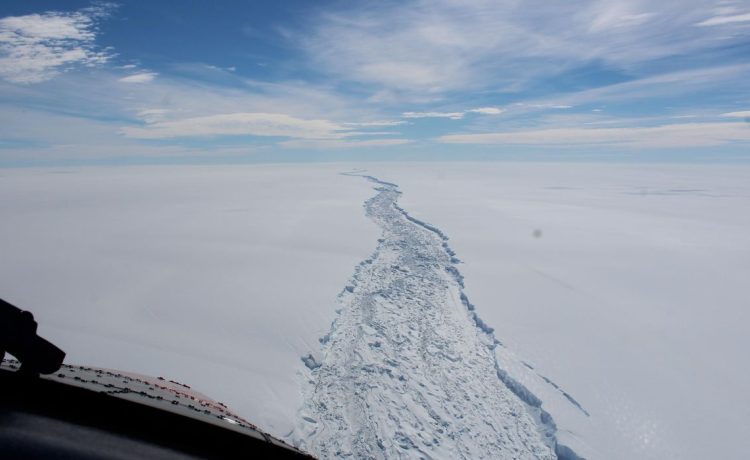 An international team of researchers from Belgium, Switzerland and the U.S. found five meteorites in Antarctica on a trip in December.

One space rock, 16.7 pounds or the size of a cantaloupe, is among the largest discovered on the southernmost continent. According to researchers, only around 100 of the 45,000 meteorites found in Antarctica in the past century have equaled or exceeded that size.

“Size doesn’t necessarily matter when it comes to meteorites, and even tiny micrometeorites can be incredibly scientifically valuable, but of course finding a big meteorite like this one is rare and really exciting,” Maria Valdes, a researcher at Chicago’s Field Museum of Natural History, said in a museum news release.

Ms. Valdes specializes in cosmochemistry, which examines the composition of meteorites to glean insights about the origin and nature of other celestial bodies.

“I can start to think about the origin of this rock, how it evolved over time, what kind of parent body it came from, and where in the solar system that parent body formed. Those are kind of the big questions that we try to address,” Ms. Valdes told CNN.

Scientists also research characteristics to distinguish a meteorite from a common rock, signs that the mass entered the Earth’s atmosphere at some point.

“But what we’re looking for is a telltale fusion crust in the first place. This is a glassy crust that develops all over the meteorite as it enters our atmosphere at high speeds and melts slightly,” Ms. Valdes told NPR.

Heaviness is also a common sign of meteorites, which can be rich in metal content. However, until finding the 16.7-pound specimen, the research team in question had uncovered only four meteorites weighing 5.3 ounces together.

“It was literally the last hour of the last day. And we stumbled upon this huge meteorite just sitting by itself in the middle of a blue ice field. … And we were, like, what amazing luck to have this happen just as we were about to give up and go home,” Ms. Valdes recounted to NPR.