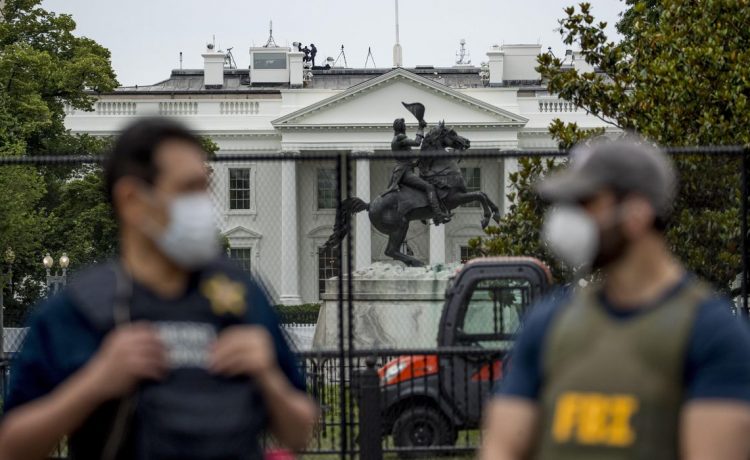 An association that represents federal law enforcement has warned Secret Service employees that their personal phone numbers “will likely be used” in criminal probes after they were handed over by the agency in the fallout over its deleted texts from Jan. 5 and 6, 2021.

The Federal Law Enforcement Officers Association has encouraged its members within the Secret Service to seek legal counsel if anyone attempts to contact them about their personal records.

“Exactly whose numbers were provided, to whom and for what purpose have yet to be determined however, the information will likely be used for a criminal investigation into the USSS employee,” the Federal Law Enforcement Officers Association told Secret Service employees in a letter Tuesday.

The letter was obtained and first reported by CNN.

Larry Cosme, the association’s president, called the leak of the officers’ numbers to federal investigators a “desperate attempt by leadership to cover up for their own failings at the expense of the trust and security of their employees,” in a statement this week.

The Secret Service said that the deletion was due to a pre-planned system migration in which the agency’s mobile phones had to be reset to factory settings. Data on some phones were lost during the process, it said.

The agency said the DHS request for its electronic communication was made after the migration was underway, and that the Secret Service notified the IG of the data loss.

The House Jan. 6 Committee subpoenaed the Secret Service following the revelation by the DHS IG, demanding that the agency hand over “relevant text messages, as well as any after action reports that have been issued in any and all divisions of the USSS pertaining or relating in any way to the events of January 6, 2021.”

Mr. Cosme said in his statement that senior leadership within the Secret Service failed to retain “employee electronic communication records despite being directed to and provided with instructions on how to save them.”

“The scandal that has broken out due to the lack of adequate record retention is the fault of Secret Service leadership,” he said.

He said the agency’s leadership handed over employees’ personal cell phone numbers to Congressional oversight entities “to compensate for their failures.”

“We are and will always be the voice of front-line agents, particularly when their own agency is throwing the front-line under the bus,” Mr. Cosme said. “We are exploring all possible avenues for addressing this issue and defending the rights of the Secret Service employees involved.”