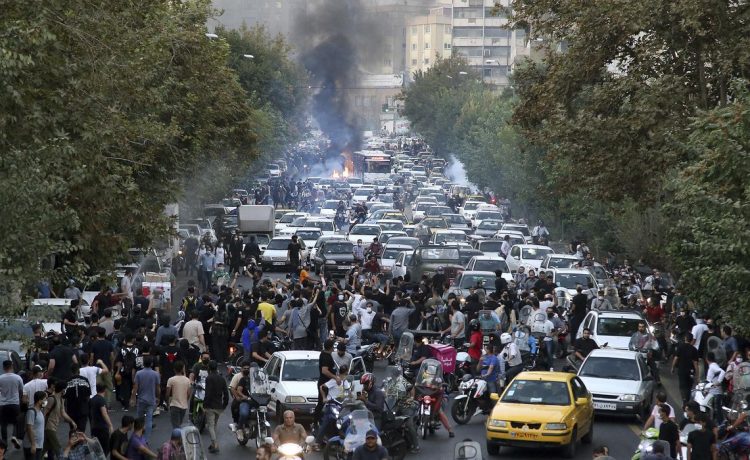 At least 76 Iranian protesters have been killed by the nation’s security forces since unrest sparked up over a woman who died in police custody for violating its strict hijab laws.

The number of deaths, which is nearly twice the official tally released by Iran’s theocratic regime, comes from a Monday report by Iran Human Rights, a Norwegian non-governmental organization (IHRNGO). Six women and four children are included in the death toll.

The human rights group said that live ammunition is being fired at protesters. IHRNGO said it verified that assertion through videos and death certificates obtained by victims of police violence.

It also said that families have been forced into burying loved ones at night and pressured not to hold public funerals. The Iranian government is threatening legal charges to people who do publicize a loved one’s death.

The organization estimated that hundreds have been arrested in the crackdowns across the country. The U.N. Human Rights Council has called for an independent investigation to address what it says is “the prevailing crisis of impunity in Iran.”

As of Monday, the state-run Islamic Republic of Iran Broadcasting had confirmed 41 deaths during the unrest, according to the human rights group.

Protests broke out after 22-year-old Kurdish-Iranian Mahsa Amini was arrested in Tehran on Sept. 16 by the country’s “morality police” for violating the country’s strict hijab laws for women. She slipped into a coma days later and died while in the hospital.

Police said she died of a heart issue, but family members have called that statement “pure lies.” The government of President Ebrahim Raisi has said it will investigate the death but has harshly cracked down on protests that have erupted in the wake of the killing.

Anti-hijab and broadly anti-government protests have raged on for nearly two weeks since then throughout the country. State TV reported that a police officer died Tuesday in a hospital after being injured by rioters in the town of Robatkarim in Tehran province, the Associated Press reported.