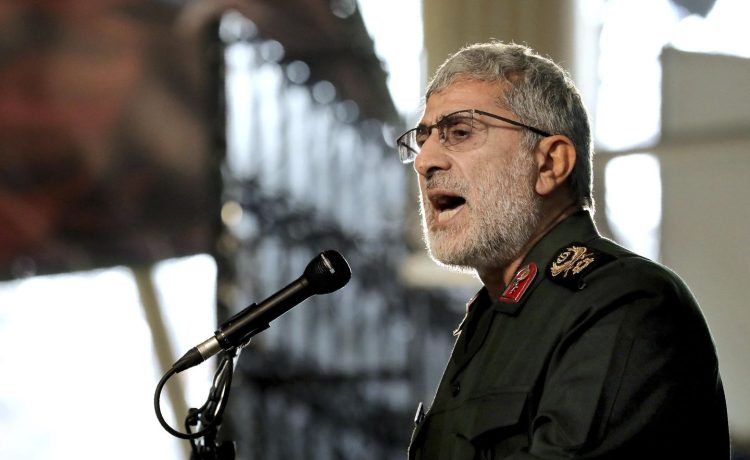 ERBIL, Iraq (AP) — Iran said Monday that its latest strikes on Kurdish opposition bases in northern Iraq were necessary to protect the country’s borders, while Kurdish officials condemned the missile and drone attacks as unprovoked aggression.

The group said Iranian surface-to-surface missiles and drones hit its bases and adjacent refugee camps in Koya and Jejnikan. The group also asserted that the strikes had hit a hospital in Koya.

The Iranian strikes come in the wake of a visit to Baghdad last week by Iran’s Quds Force commander Esmail Ghaani. During the visit, Ghaani threatened Iraq with a ground military operation in the country’s north if the Iraqi army does not fortify the countries’ shared border against Kurdish opposition groups, Iraqi and Kurdish officials said.

Some Kurdish groups have been engaged in a low-intensity conflict with Tehran since the 1979 Iranian Islamic Revolution, with many members seeking political exile in neighboring Iraq where they have established bases.

Iran alleges that these groups are inciting anti-government protests in Iran and smuggling weapons into the country, which Kurdish groups have denied. Iran has not provided evidence to back up the claims.

On Monday, Iranian foreign ministry spokesman Nasser Kanaani told reporters that Iran had acted to “protect its borders and security of its citizens based on its legal rights.” He alleged that the government in Baghdad and the Erbil-based administration of Iraq’s autonomous Kurdish region had failed to implement purported commitments to prevent threats against Iran from Iraqi areas.

Kanaani said that in the past month, Iranian and Iraqi officials had discussed the issue in Tehran and Baghdad. He said Iran had demanded that Iraqi Kurdistan should not be a “location for exporting weapons” to Iran by Iraqi-based the “separatist” groups.

“Unfortunately the expectations by Iran have not been realized so far,” said Kananni.

The government of the autonomous Kurdish region of Iraq condemned the strikes as a “gross infringement of international law and neighborly relations.”

Qaderi told The Associated Press the Kurdish opposition groups in Iraq support the protests in Iran, which he described as a reaction to “the policies of this regime” he said oppresses its people. He denied that his group has sent fighters or weapons to Iran.

He said that his group had moved troops away from the border to avoid giving Iran an “excuse” for further attacks. He called on the international community to prevent further aggression by Iran.

Iran has periodically launched airstrikes against the Kurdish groups’ bases in Iraq in the past.

The U.S. condemned the latest Iranian strikes. Gen. Michael E. Kurilla, who heads U.S. Central Command, said in a statement: “Such indiscriminate and illegal attacks place civilians at risk, violate Iraqi sovereignty, and jeopardize the hard-fought security and stability of Iraq and the Middle East.”