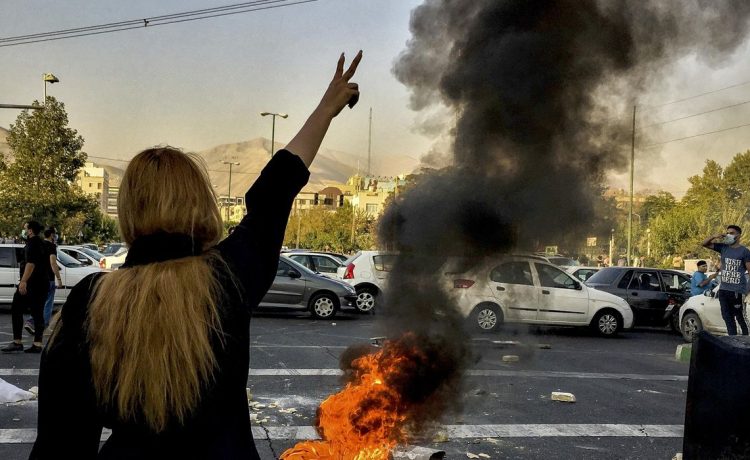 Iranian soccer player Amir Nasr-Azadani is reportedly set to be executed for his role in the protests that first swept through the country earlier this fall, an exile rights group said Tuesday.

Mr. Nasr-Azadani was one of the men accused of killing a colonel in the Islamic Revolutionary Guard Corps as well as two members of the morality police in late November, according to British-based news outlet IranWire.

The Tehran regime, which has tried to crack down after months of popular protests, intends to hang him for a crime it calls “moharebeh,” which translates to “waging war against God,” according to the watchdog group Iran Human Rights, which has been sharply critical of Iran’s theocratic government.

The state-run Tasnim news agency first reported that the colonel and officers of the widely disliked morality police were killed on Nov. 17 in the city of Isfahan. Asadullah Jafari, the city’s chief justice, charged Mr. Nasr-Azadani with being part of an “armed group” who killed the three security officers, state news agency IRNA said Sunday.

Sources told IranWire that the former professional soccer player was at some of the nationwide protests, but his presence was limited to chanting slogans. He has been in custody since Nov. 27.

Relatives of Mr. Nasr-Azadani, 26, told the outlet that security forces threatened to give the athlete the most severe sentence possible if his family shared news of the arrest with anyone.

“His family is worried about him. They have also received threats,” the source, who was not identified, told IranWire. “They think that by waiting and remaining silent, they may avoid the death sentence.”

“FIFPRO is shocked and sickened by reports that professional footballer Amir Nasr-Azadani faces execution in Iran after campaigning for women’s rights and basic freedom in his country,” the group said on Twitter. “We stand in solidarity with Amir and call for the immediate removal of his punishment.”

FIFPRO is shocked and sickened by reports that professional footballer Amir Nasr-Azadani faces execution in Iran after campaigning for women’s rights and basic freedom in his country.

We stand in solidarity with Amir and call for the immediate removal of his punishment. pic.twitter.com/vPuylCS2ph

Mr. Nasr-Azadani first joined the Tehran-based professional soccer team Rah-Ahan in 2014. He later played for two other professional clubs before injuries derailed his career in 2020.

Widespread protests have challenged Iran‘s theocratic regime over recent months, sparked after 22-year-old Mahsa Amini was arrested by the country’s morality police in September for not adhering to its strict dress code for women and later died in police custody.