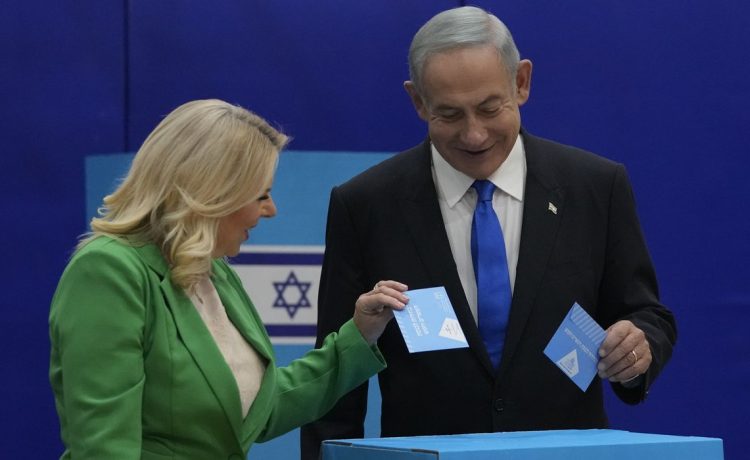 Former Israeli Prime Minister Benjamin Netanyahu appeared on the verge of a remarkable comeback as exit polls suggested he and his political allies had won enough seats to form a government.

Mr. Netanyahu, who has been battling charges of corruption as he tries to reclaim the job he held for more than a decade before being ousted in 2021, was poised to command the 61 seats needed to control the Knesset, Israel’s parliament, although the size of his majority is not expected to be large.

Mr. Netanyahu — and whether he should stay or go — has been the central focus of four inconclusive Israeli elections in just the past four years. An unwieldy, spectrum-spanning coalition headed by current Prime Minister Yair Lapid managed to take power in 2021, but could not govern for long given its deep ideological divisions.

The exit poll results, which are preliminary, may differ from the final tally, expected later in the week, but the results pointed to a stronger-than-expected showing by Mr. Netanyahu’s Likud party and others on the right. Should he win, the 73-year-old Mr. Netanyahu would need the support of far-right nationalist parties that have surged in recent days in the campaign.