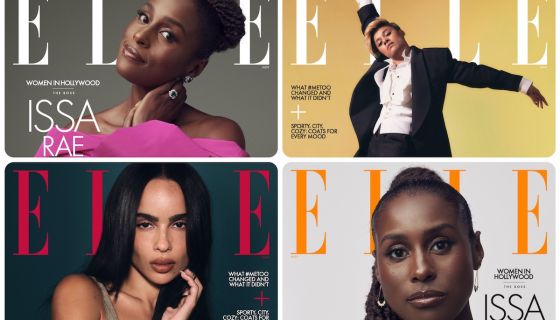 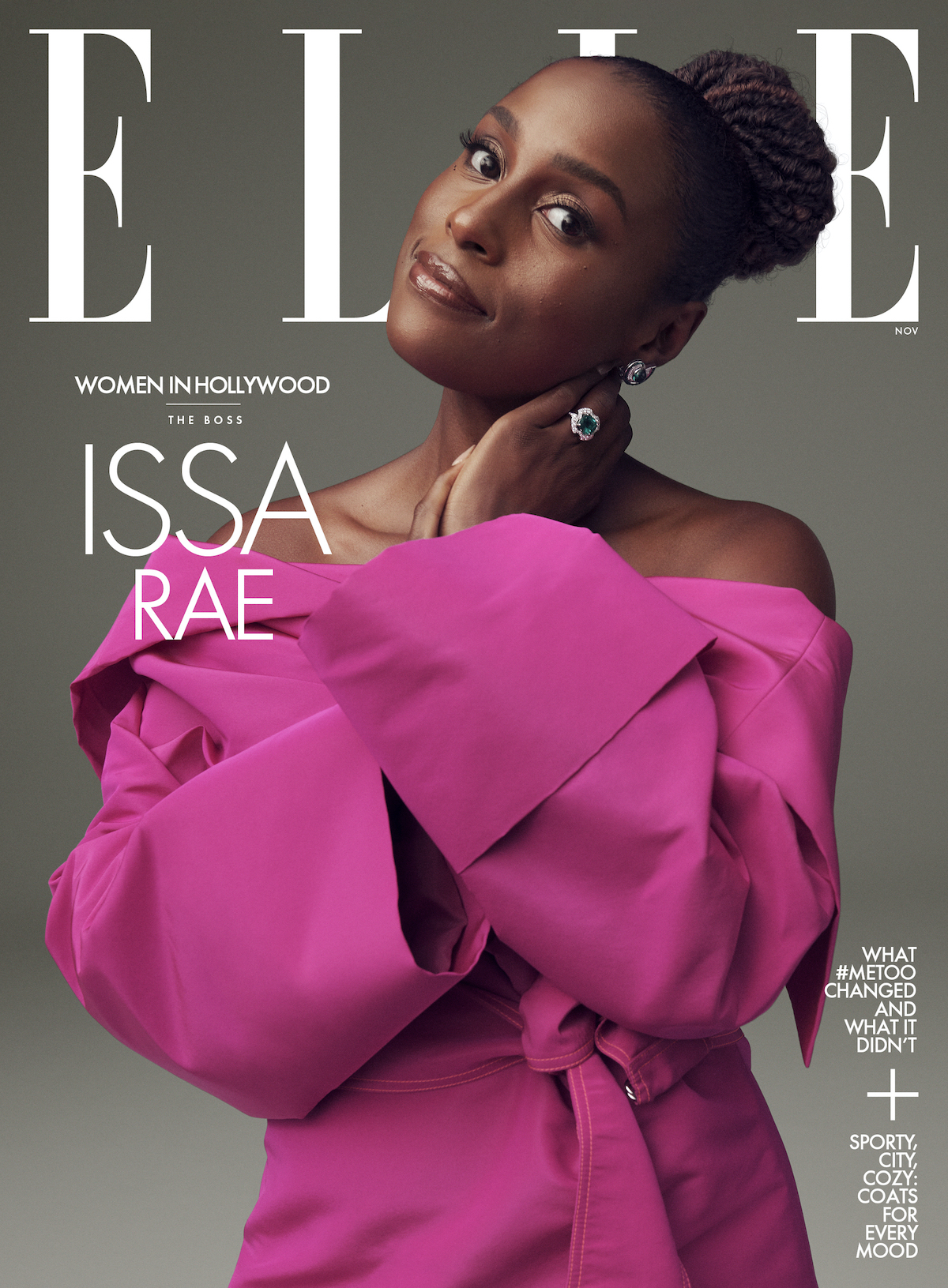 We’re all for celebrating women every day so, we’re thrilled the time has arrived for ELLE to pay tribute to women in Hollywood with covers, stories, and portfolios! The eight women honored this year include Issa Rae, Ariana DeBose, Zoe Kravitz, Sydney Sweeney, Michelle Yeoh, Anne Hathaway, Sigourney Weaver and Olivia Wilde. Inside the issue, the women featured talk about everything from the five-year anniversary of the #MeToo movement, female film directors and directors of photography, the power of an all-female set and ageism.

Our friends at ELLE were kind enough to share images and excerpts from their November issue (on newsstands November 1!) which we’re sharing here — starting with Issa Rae’s incredible double covers shot by Cass Bird. 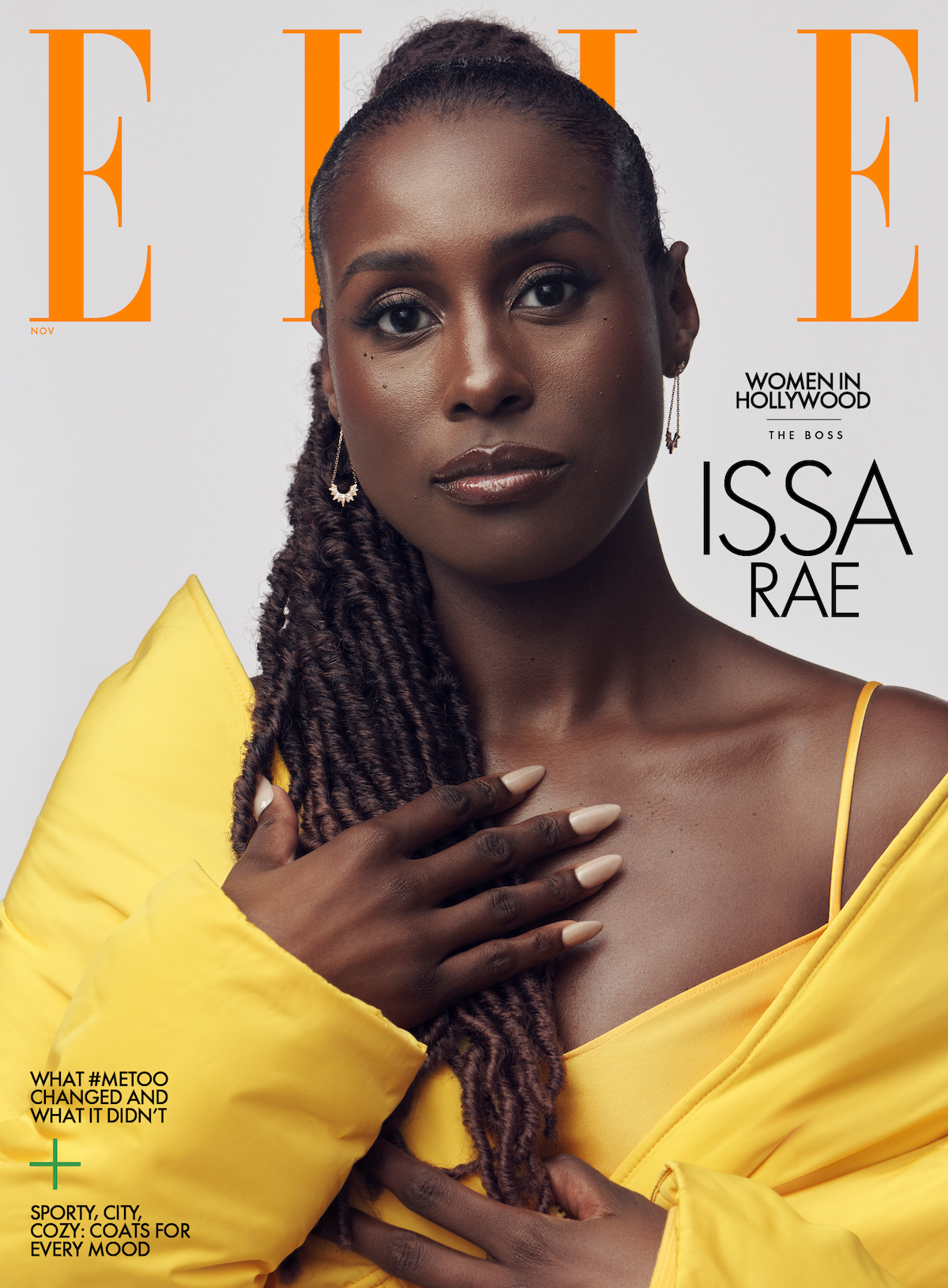 Inside the issue, Issa talks about her challenges, including the learning curve she faced making Rap Sh!t; as well as her triumphs, like having one of her inspirations, Regina King, as a longtime supporter AND director of an episode of Insecure. Check out a few excerpts below: 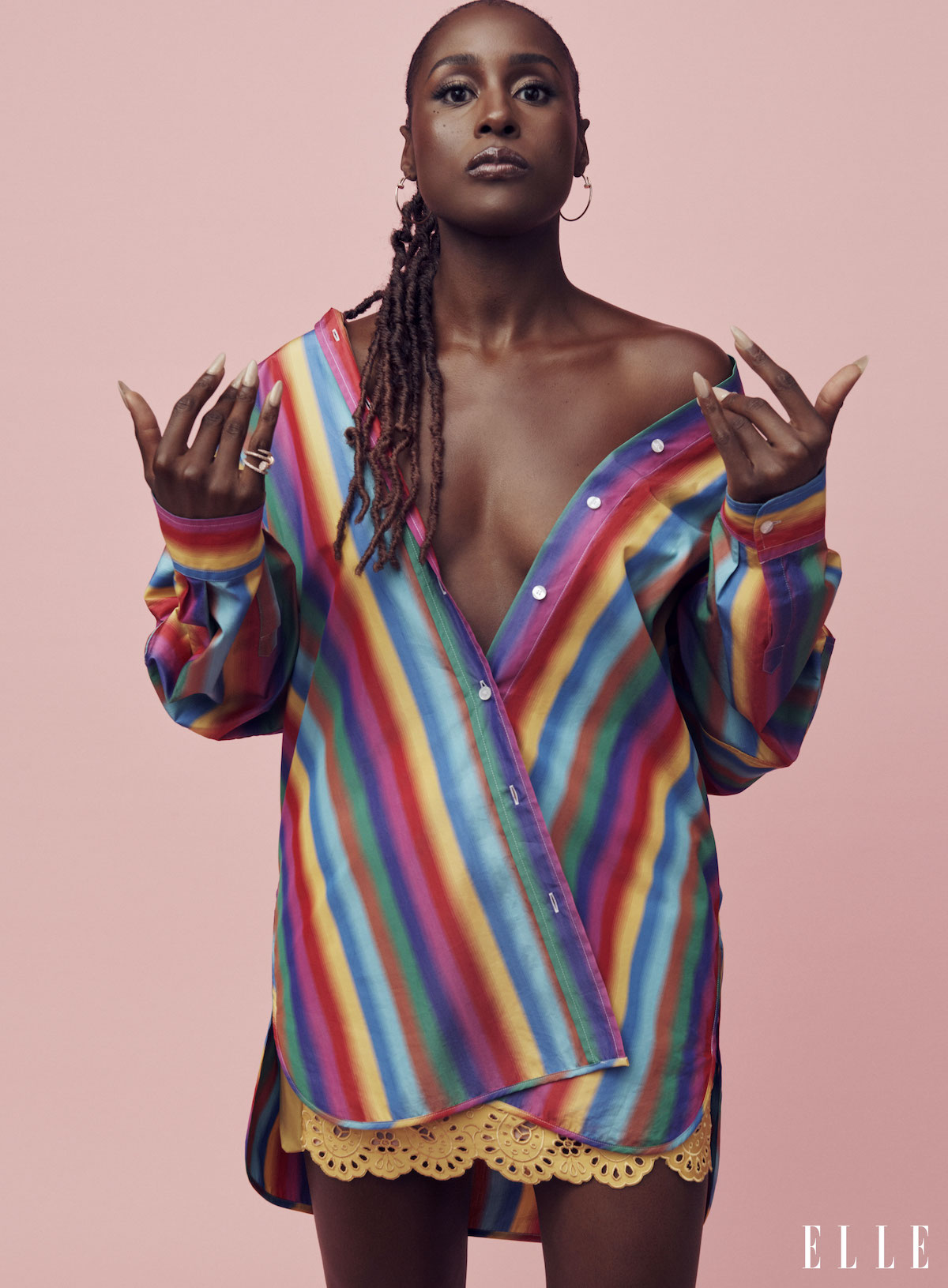 On what has changed in Hollywood post-#MeToo:

“Sadly, not much. It feels like we’re regressing, depressingly so. There are just too many enablers for there to be real change. People have to be held accountable. There have to be legitimate consequences. Hollywood is very bad about consequences. It’s literally the worst industry when it comes to punishing people for misdeeds, because money will always reign supreme. That’s something that, even by working in this industry, we’re enabling. So it’s hard. What I have realized is that I can control my own environment and who I work with. I can hold people accountable within my world and my bubble. I don’t have to work for everybody. All money isn’t good money. All people aren’t good people… 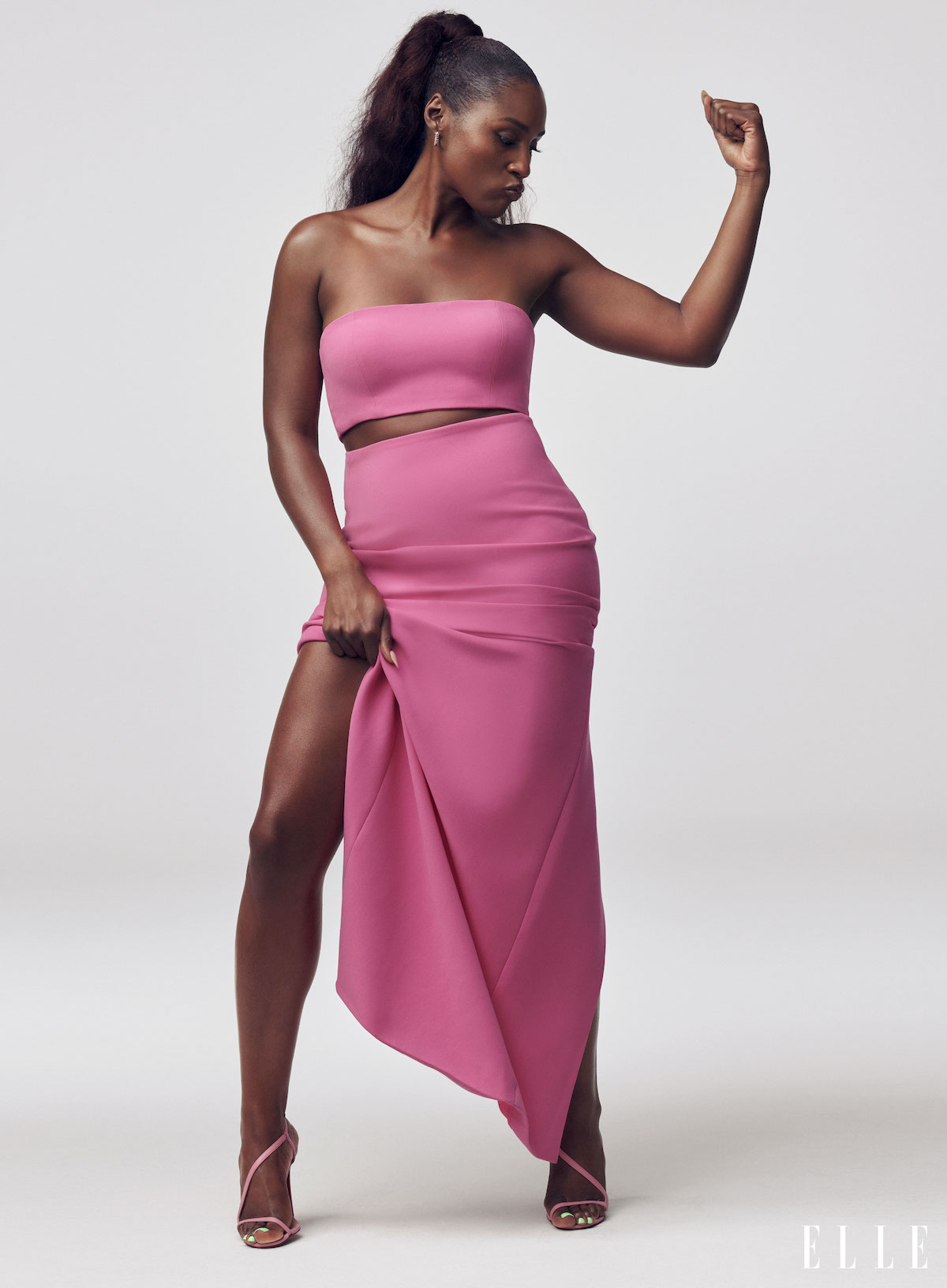 On what more needs to be done:

It starts with a backbone. While I don’t support people jumping to conclusions and I think it’s entirely fair for investigations to happen, I think it’s extremely important to, like the mantra says, ‘Listen to women.’ I’m gonna be real, the stuff that’s happening with Ezra Miller is, to me, a microcosm of Hollywood. There’s this person who’s a repeat offender, who’s been behaving atrociously, and as opposed to shutting them down and shutting the production down, there’s an effort to save the movie and them. That is a clear example of the lengths that Hollywood will go to to save itself and to protect offenders. So, don’t do that, and women may be able to thrive. They won’t have to live in fear of keeping silent because it’ll ruin their careers. It’s just a constant pattern of abuse that’ll only persist if Hollywood continues to insist on being this way.” 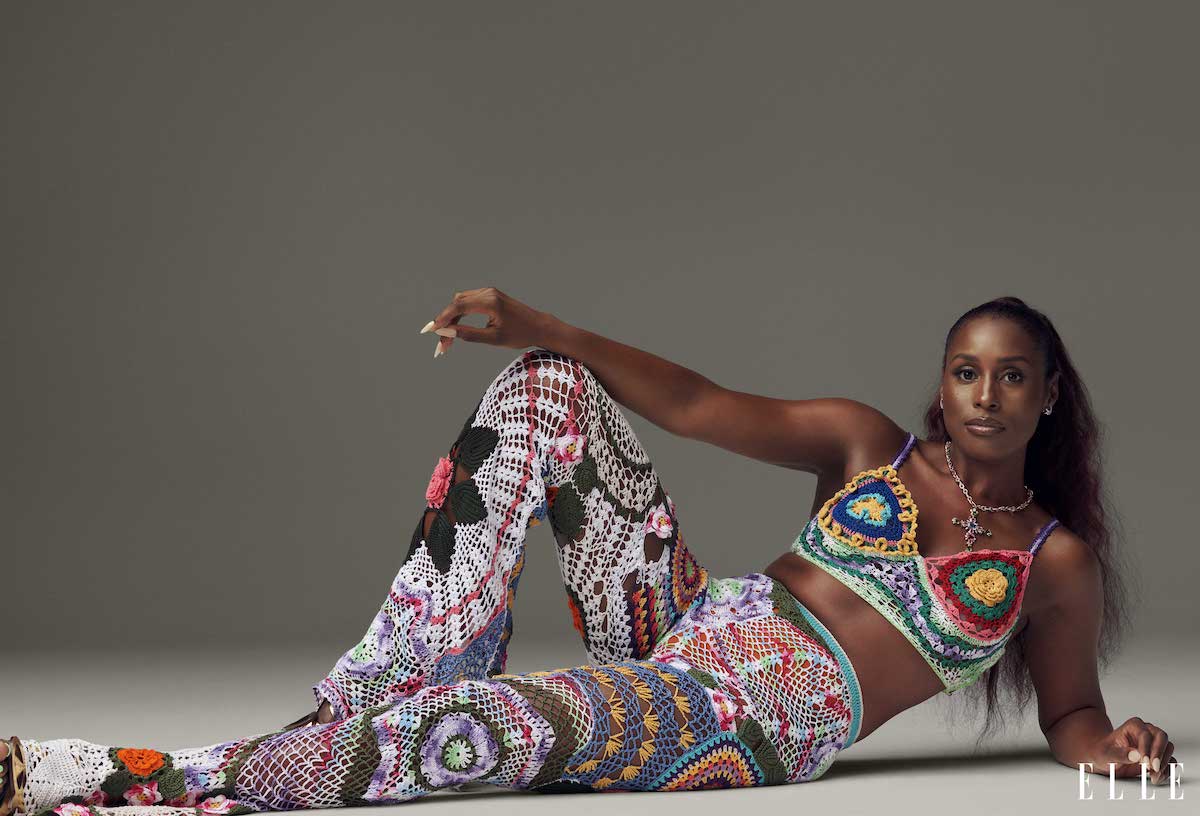 On her only-in-Hollywood moment:

“I was at the Golden Globes sitting at a table with the cast of Big Little Lies. Laura Dern was casually, unbeknownst to me, pitching the president of HBO her next idea. It was him being like, ‘Okay, I love the idea. Who’s gonna write it?,’ then her pointing to me, and then us selling a show together. That, to me, will always be an only-in-Hollywood moment. Now we just have to make the show.”

Hit the flip for more from the issue.