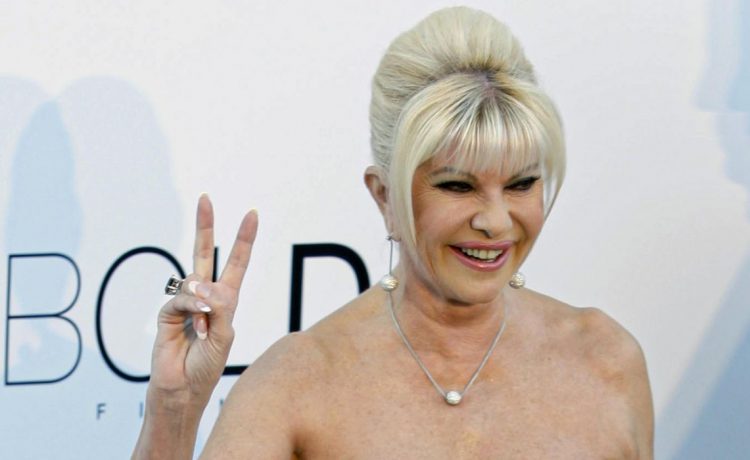 NEW YORK (AP) — Ivana Trump, an icon of 1980s style, wealth and excess and a businesswoman who helped her husband build an empire that launched him to the presidency, is set to be celebrated at a funeral Mass in New York City on Wednesday following her death last week.

Ivana’s three children with former President Donald Trump — Donald Jr., Ivanka and Eric — are expected at the Wednesday afternoon gathering at St. Vincent Ferrer Roman Catholic Church on Manhattan’s Upper East Side. It wasn’t clear whether the ex-president would join them.

Trump’s family announced Thursday that the 73-year-old had died at her Manhattan home. Authorities said the death was an accident, with blunt impact injuries to her torso as the cause.

“We all want to remember Ivana as the vibrant, sociable person she was,” said R. Couri Hay, a longtime friend of Trump’s who planned to attend the service.

Ivana and Donald Trump met in the 1970s and were married from 1977 to 1992. In the 1980s, they were a power couple, and she became well known in her own right, instantly recognizable with her blond hair in an updo and her glamorous look.

Ivana Trump also took part in her husband’s businesses, managing one of his Atlantic City casinos and picking out some of the design elements in New York City’s Trump Tower.

Their very public divorce was ugly, but in recent years they were friendly. Ivana Trump, an enthusiastic supporter of Donald Trump’s 2016 presidential campaign, said they spoke on a regular basis.