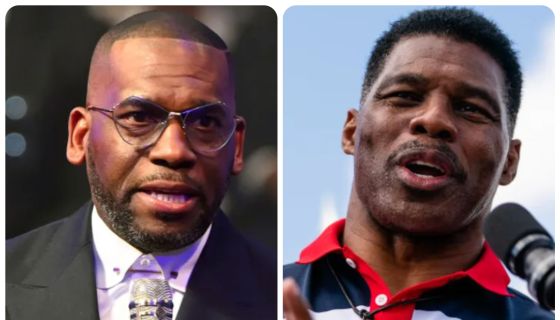 Amen, hallelujah, and take your time, Pastor—but you ain’t have to go in on Herschel Walker like this, did you? 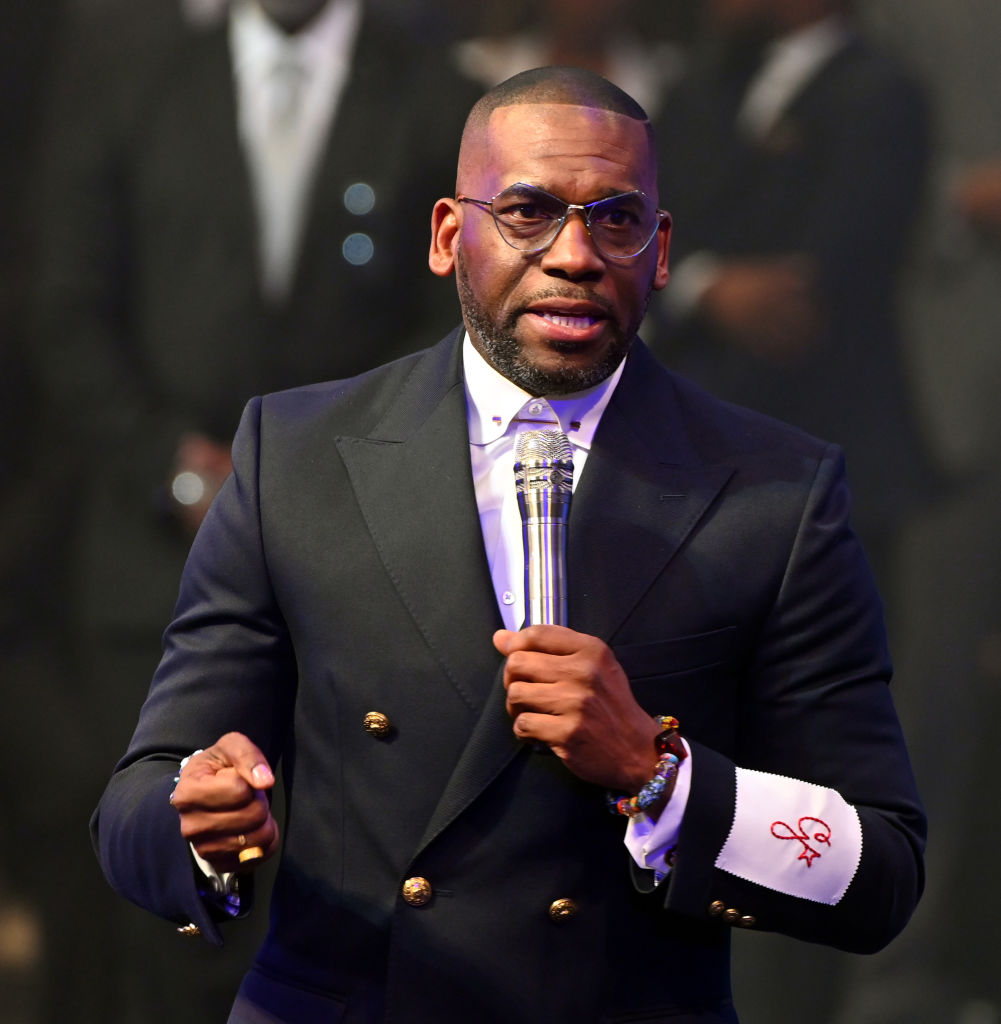 Pastor Jamal Bryant  (yes, that Jamal Bryant) of metro Atlanta’s New Birth Missionary Baptist Church let it be known that while he loves all of God’s children, not all of them need to be representing the state of Georgia in the U.S. Senate.

“Y’all ain’t ready for me today,” Jamal Bryant said to his congregation in a viral clip. “In 2022, we don’t need a walker, we need a runner.

“They thought we were so slow, that we were so stupid, that we would elect the lowest caricature of a stereotypical broken Black man as opposed to somebody who is educated and erudite and focused,” he continued.

Bryant was especially right about that last part. White conservatives love to parade around their “Black friend” mascots to prove they aren’t racist when all they’re actually proven is that the only Black people they’re willing to invite to the potluck (I feel like white people don’t really have “cookouts”) are tap-dancing sunken place white nationalist-friendly Black folks who are willing to parrot right-wing rhetoric at will. 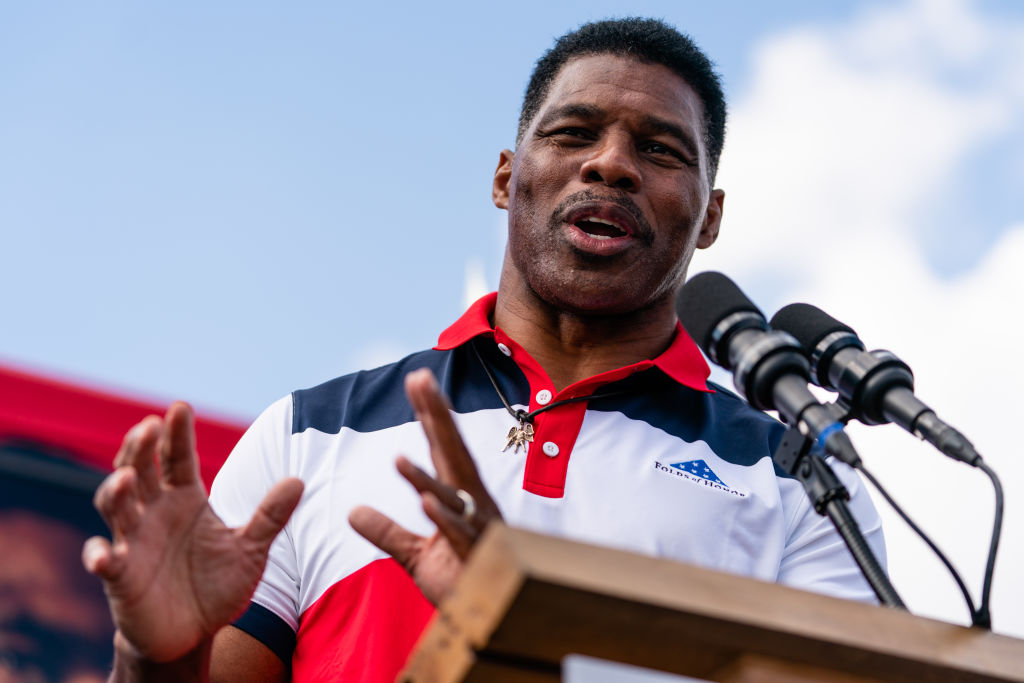 For example, Sen. Lindsey Graham really thinks that if Walker is elected that “maybe every other young child in America of color might want to be a Republican”—because Graham clearly watched too many “I wanna be like Mike” commercials in the ’90s.

Anyway, Bryant wasn’t done raising hell (uh, so to speak) on Walker from the pulpit.

Actually, if you ask me, Bryant didn’t go far enough, so I’ll continue.

We need somebody who isn’t flashing cereal box proof-of-purchase police badges to back lies about working in law enforcement.

We need somebody who doesn’t use several pronouns while denouncing the existence of pronouns because he doesn’t understand what pronouns are.

We need somebody who isn’t pretending babies who survived abortions are in need of special protections and legislation because in his world, Aborted Baby Jim Crow is a thing that exists.

A second woman has come forward in a new interview to accuse Herschel Walker of paying for her abortion. 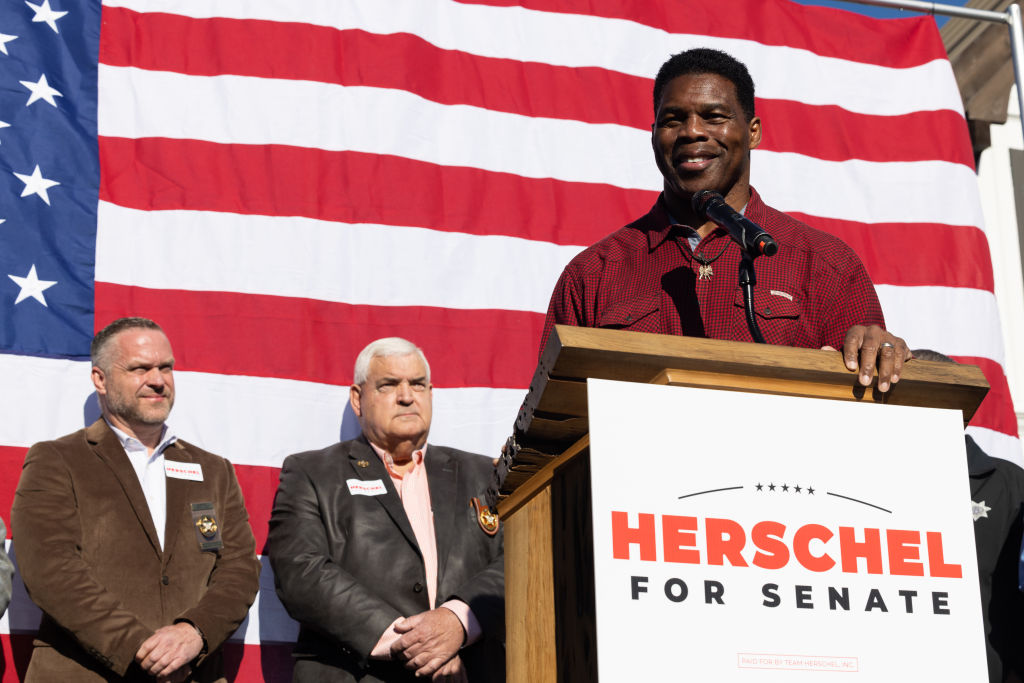 The woman alleged that she initially went to an abortion clinic herself in 1993 after she became pregnant amid a yearslong affair with Walker.

“[Walker] was very clear that he did not want me to have the child. And he said that because of his wife’s family and powerful people around him that I would not be safe and that the child would not be safe,” said the second woman to accuse Walker of impregnating her and then pressing her to get an abortion, ABC News reported.

“I felt threatened and I thought I had no choice,” said the woman, who has come forward on camera for the first time since making her allegations public at a press conference last week with her attorney, Gloria Allred.

According to the woman, after seeing an ultrasound at the clinic she backed out, but Walker was persistent and drove her to have the abortion himself.  She alleged that he gave her cash to have the procedure.

As previously reported, Walker denied the allegations just like he did the last woman claiming, with receipts, that Walker paid for her abortion.

Much like the good pastor who crucified the bad congressional candidate (again—so to speak), the second woman, known as Jane Doe, also believes Walker is unfit for office.

When asked why, she told ABC, “I think honesty matters.”