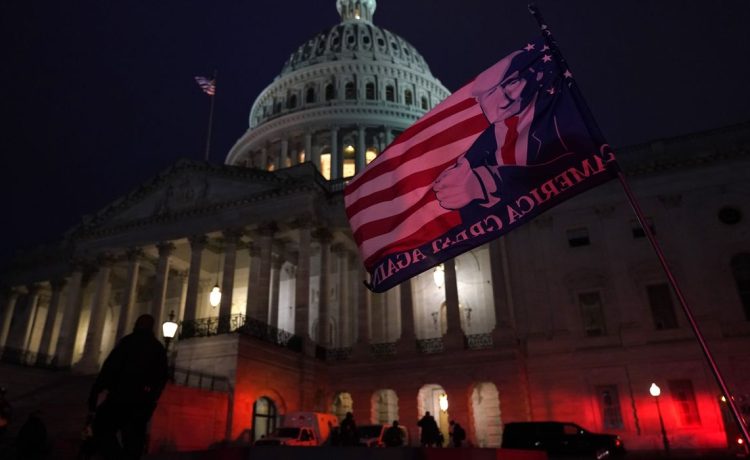 Rep. Jamie Raskin, Maryland Democrat and a member of the House Jan. 6 select committee, called the Electoral College a “danger” to the country that should be scrapped in favor of a direct popular vote to elect the president.

“The Electoral College now – which has given us five popular-vote losers as president in our history, twice in this century alone – has become a danger, not just to democracy, but to the American people. It was a danger on January 6,” Mr. Raskin, Maryland Democrat, said in an interview on “Face the Nation” that aired Sunday.

“There are so many curving byways and nooks and crannies in the Electoral College, that there are opportunities for a lot of strategic mischief,” he said. “We should elect the president the way we elect governors, senators, mayors, representatives, everybody else. Whoever gets the most votes wins.”

The House passed an overhaul of the Electoral Count Act as part of its massive, end-of-the-year spending bill after the Senate approved identical wording Thursday.

The measure amends the 1887 law to make it more difficult for future presidential losers to stop the certification of the result by Congress, as President Trump encouraged his supporters to do on Jan. 6, 2021

Mr. Raskin cited Thomas Jefferson, saying that he deplored the reverence with which some people look at the original handiwork of the framers when they should be looking to their own experience.

”The Framers were great, and they were patriots, but they didn’t have the benefit of experience that we’ve lived,” he said.

“We know that the Electoral College doesn’t fit anymore, which is why I’m a big supporter of the National Popular Vote interstate compact,” he said.

The NPV is a deal that many states have signed onto in the past decade.

It does an end-run around the Electoral College by committing its signatory states to grant their votes to whoever gets the most votes nationwide. It only kicks in when states whose combined Electoral College votes reach a 270-vote majority have signed on.

Fifteen states and the District of Columbia, with a combined 195 electoral votes, have joined the compact as of June.

Because the Constitution allows for state legislatures the power to appoint presidential electors, there is a chance that the NPV may be upheld by the courts.

“The NPV plan is state legislation. States commit to ignore their own voters and instead give away their electoral votes based on the national popular vote,” SOS says on its website.

The Republican Party, in its national platform, supports the Electoral College and opposes the National Popular Vote campaign.

“We oppose the National Popular Vote Interstate Compact and any other scheme to abolish or distort the procedures of the Electoral College,” it states on the GOP platform.”

“An unconstitutional effort to impose National Popular Vote would be a grave threat to our federal system and a guarantee of corruption, as every ballot box in every state would offer a chance to steal the presidency,”

Republicans have urged state legislatures that have voted for this proposal to rescind their approval.