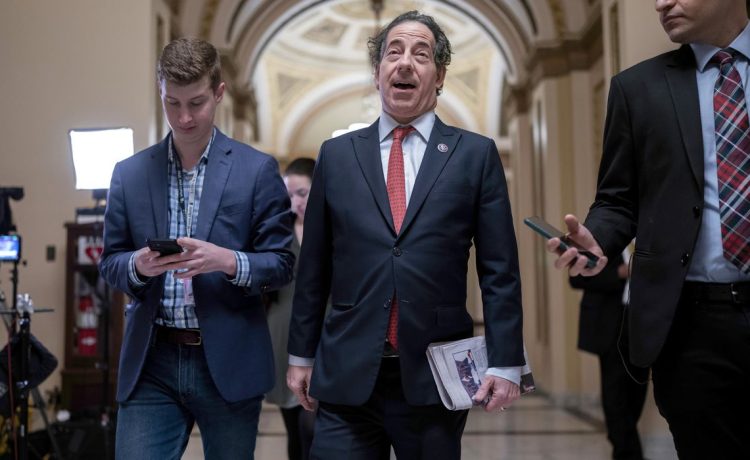 Rep. Jamie Raskin argued Sunday that the Jan. 6 committee’s referrals against former President Trump sent to the Justice Department were necessary since the DOJ has a “panoply of investigative resources” unavailable to the committee.

The House select committee investigating the Jan. 6, 2021, attack on the Capitol recommended last week that the DOJ investigate Mr. Trump for inciting an insurrection, conspiracy to defraud the United States, conspiracy to make a false statement and obstruction of an official proceeding.

Following the criminal referrals, the committee released an 845-page final report Thursday capping off the committee’s 18-month probe into the involvement of the 45th president and his allies related to the Jan. 6, 2021 riot at the Capitol.

Mr. Raskin, Maryland Democrat and member of the nine-person select committee, said on CBS’s “Face the Nation” that he is confident prosecutors will continue the work the committee started.

“We’re turning it over to the Department of Justice. And at that point … It’s up to them. And it should operate like that if Congress doesn’t prosecute,” he said. “But like everybody else, if we’re aware of offenses, we’ve got to turn that evidence over to people who are prosecutors.”

He added, “The Department of Justice has a far vaster panoply of investigative resources available to them than we do.”

“The Unselect Committee’s Jan. 6 Report is a Hoax, no different than RUSSIA, RUSSIA, RUSSIA, and all of the other Scams that the Disinformation laden Democrats have been planting for years,” Mr. Trump wrote.

“If I weren’t leading by a lot in the Polls, against both parties, this continuation of falsehoods and lies would end quickly. I won in 2016, did much better in 2020 (RIGGED!), and the Radical Marxists don’t want to run against me or MAGA in 2024. I had almost nothing to do with Jan. 6. FREE SPEECH!”

A lawyer for Mr. Trump on Saturday dismissed the panel’s criminal referrals against the former president as “pretty much worthless.”

“The Department of Justice doesn’t have to follow it,” Tim Parlatore told CNN. “There’s been an existing investigation that we have been dealing with for quite some time. And, really what this does, if anything, it just politicizes the process.”

Mr. Parlatore represents Mr. Trump in the DOJ’s investigations into the Jan. 6 riot and the classified documents recovered from his home at Mar-a-Lago.

“It’s political noise,” he said. But it doesn’t really have any effect, as of right now, on our defense.”