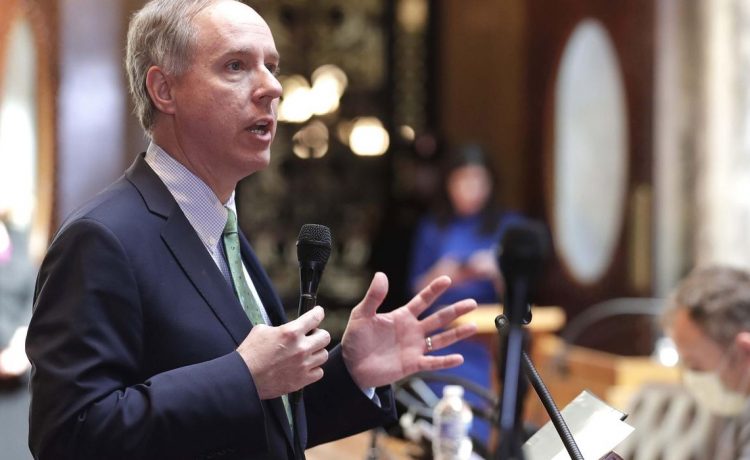 The House special committee investigating the U.S.  Capitol riot is demanding an interview with Wisconsin State Assembly Speaker Robin Vos about a July phone call in which former President Donald Trump tried to cajole him into decertifying the 2020 election results.

The committee says it wants the Wisconsin Republican to divulge more about the call that occurred in the wake of a Wisconsin Supreme Court ruling that said absentee-ballot drop boxes must be exclusively located inside election offices in future elections.

“The circumstances and details regarding your interactions with former President Trump related to the 2020 election are relevant to the Select Committee‘s investigation and proposed recommendations,” read a Friday letter to Mr. Vos from Jan. 6 panel Chairman Bennie Thompson, Mississippi Democrat.

The letter, obtained by Politico, said the panel wanted a deposition from Mr. Vos by Monday (Sept. 26), though it was not immediately clear if that would occur, given the short deadline.

Over the summer, Mr. Trump linked the Wisconsin court ruling to his complaints about widespread use of absentee ballots in the 2020 election he lost to President Biden.

Mr. Trump blasted Mr. Vos after the speaker declined during their phone call to revisit the election results in Wisconsin, a vital swing state that Mr. Biden won.

“Looks like Speaker Robin Vos, a long time professional RINO always looking to guard his flank, will be doing nothing about the amazing Wisconsin Supreme Court decision,” Mr. Trump wrote on his Truth Social platform, using a pejorative referring to “Republican in Name Only.”

Mr. Vos told WISN12 News that he tried to explain his position to Mr. Trump.

“He makes his case, which I respect. He would like us to do something different in Wisconsin. I explained it’s not allowed under the constitution. He has a different opinion, and then he put out the tweet. So that’s it,” he said.

Mr. Vos also said Mr. Trump did not understand the impact of the ruling.

“The court case as you read it does not go back and say what happened in 2020 was illegal,” Mr. Vos said. “It just says going forward it can’t happen.”

House Democratic leaders established the special committee to investigate the Jan. 6, 2021, riot in which a pro-Trump crowd breached the Capitol while lawmakers tried to certify the election results that cemented Mr. Biden’s win.