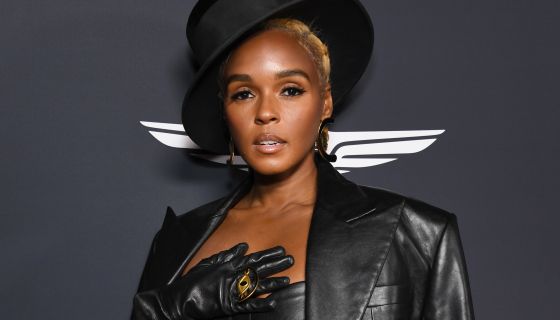 Janelle Monáe is garnering Oscar buzz for her scene-stealing role in Netflix’s star-studded Mystery-Thriller Glass Onion: A Knives Out Mystery where she’s entangled in a web of lies, deceit, and nincompoopery while serving extravagant rich bish fashions in Greece.

We caught up with the multi-hyphenate star who revealed the inspiration behind her stunning looks in the film.

BOSSIP: You’ve been a fashion icon your entire career…

Janelle: ‘Really?’ she says coyly with a sly grin.

BOSSIP: Talk to us about the rich b**ch fashions in this film… how involved were you in selecting the pieces, the looks, the accessories, everything?

Janelle: “I have to give a big shout out to our wardrobe designer Jenny Egan,” she said. “She came with it. The first fitting, when I saw the pattern for the first opening dress I was like, this is it!’ This is Greece. This is FASHION. This is this Black woman going to Greece to disrupt, in the best possible way and looking good while she’s doing it.

A lot of my scenes are nonverbal and so the wardrobe has to talk before you talk. I think with the combination of going into that fitting, also talking to Rian too, and one of my style inspirations for this film was Mellody Hobson… Arial Investments, she is so powerful and polished, her fashion is crazy, so she was on my mood board when I was going back and forth with Jenny and Rian on inspirations.”

While ascending into Hollywood stardom, she also found time to tease new music in a recent birthday (12/1) post that attracted Kate Hudson, Taraji P. Henson, and many more who expressed their excitement on what’s to come musically from the multifaceted talent.

During the intimate moment, we got to hear and see Janelle in her truest musical element as she vibed out to the record in her studio.

According to her post, the forthcoming song could be called “Float” which may explain her coining the term #FloatSZN during a stop on Kimmel to promote her new film.

Directed by Rian Johnson, Glass Onion: A Knives Out Mystery stars Edward Norton, Leslie Odom Jr., Dave Bautista, Kate Hudson, Kathryn Hahn, and more in a twisty-turny whodunnit centered around a tech billionaire who invites his colorful collection of friends for a private island getaway that devolves into kooky chaos when someone turns up dead

Glass Onion: A Knives Out Mystery is now streaming exclusively on Netflix.