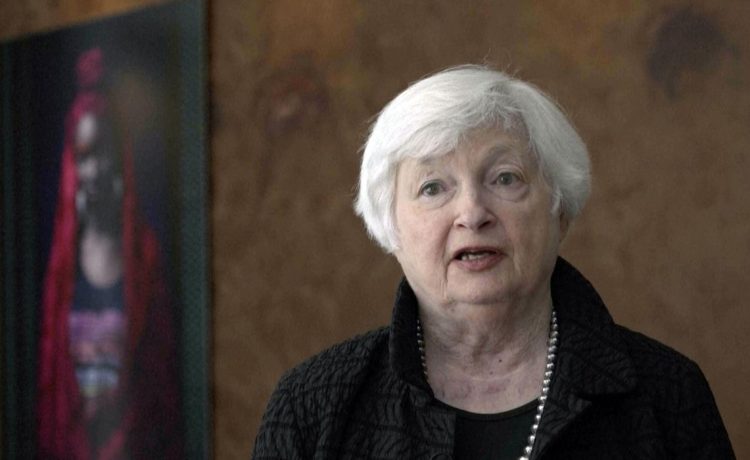 LUSAKA, Zambia (AP) — U.S. Treasury Secretary Janet Yellen is in Zambia on the second leg of her African tour, a stop aimed at promoting American investment and ties while she’s in a capital city that is visibly dominated by Chinese dollars.

Visitors to Lusaka arriving at the renovated Kenneth Kaunda International Airport see a facility expanded in 2015 with Chinese financing. A ride into the city passes billboards and newly built firms bearing Chinese signage, more evidence of Beijing’s influence and increasing competition with the U.S.

But the growth that the country has experienced has come with a heavier debt burden. Zambia became Africa’s first coronavirus pandemic-era sovereign to default when it failed to make a $42.5 million bond payment in November 2020. Negotiations over how to deal with the debt load have been ongoing.

How Zambia’s debt is renegotiated with the Chinese will provide a test case for how lenient China will be with other overextended nations that face debt distress.

Debt will be a topic of conversation Monday when Yellen meets with Zambia’s president and finance minister to push for the Chinese to continue negotiations. She will also tour pharmaceutical manufacturing facilities benefiting from American investment to showcase what she sees as a model of success.

“Many African countries are now plagued by piling, unsustainable debt. And that’s undeniably a problem. And much of it is related to Chinese investments in Africa,” Yellen said Saturday in an interview with The Associated Press in Senegal, the first leg of her African trip.

Still, Yellen insists her trip is not about competition with China.

“We want to deepen our engagement,” she said “We see a rapidly growing young population that needs opportunities and economic growth.”

“We have many government programs and international programs that are oriented to help efforts to build infrastructure,” she said. “And when we do that, we want to make sure that we don’t create the same problems that Chinese investment has sometimes created here.”

Yellen said the U.S. wants to invest in companies with contracts that “have transparency, that we have projects that really bring broad-based benefits to the African people and don’t leave a legacy of unsustainable debt.”

Experts say a prolonged debt crisis could permanently prevent countries like Zambia from recovering, lead to an entire nation sliding deep into poverty and joblessness, and exclude it from credit to rebuild in the future.

To showcase the U.S. effort, the first stop of Yellen’s Zambia visit was to be a tour of Mylan Laboratories, a subsidiary of American pharmaceutical manufacturer Viatris. The lab opened in 2010 with a $10 million investment and manufactures drugs that treat malaria and HIV in the country and region.

She also planned a stop at the Zambia National Public Health Institute, considered a model of its kind.