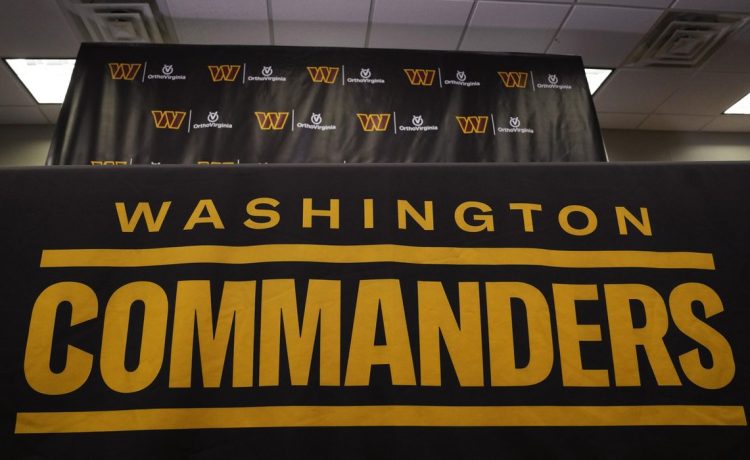 The market for purchasing the Washington Commanders is continuing to take shape. No bids exceeding $6.3 billion were submitted before the Dec. 23 first-round deadline, and Amazon mogul Jeff Bezos did not submit a bid, although he could enter the process later. Bank of America cannot disclose how many bids were placed.

The potential sale of the National Football League franchise by embattled owner Dan Snyder was announced on Nov. 2. Complications for potential non-Bezos buyers include the cost of building a new stadium, a price new owners might have to bear without the aid of public financing.

Prospective owners also have to possess at least 30% of their bid in liquid cash; for bids of $6.3 billion, that would require having $1.89 billion on hand.

Another major name connected to the sale, Chelsea FC controlling owner Todd Boehly, has pulled out of contention, according to NBC Sports Washington.

Mr. Boehly, who attended the Landon School in Bethesda, purchased a stake in the Premier League’s Chelsea FC along with other partners, including Clearlake Capital, for $5.3 billion last May.

Clearlake Capital could still be involved in the Commander process. The investment firm has the majority stake in Chelsea FC and previously tried to buy 40% of the Commanders from Mr. Snyder’s former co-owners in 2020.

Another name to look out for, according to NBC Sports Washington, is Josh Harris, the principal owner and managing partner of the National Basketball Association’s Philadelphia 76ers and National Hockey League’s New Jersey Devils.

A Chevy Chase, Maryland, native, Mr. Harris was part of the sales process for the Denver Broncos before pulling out to avoid a bidding war with the eventual winner, the Walton-Penner Family Ownership Group.