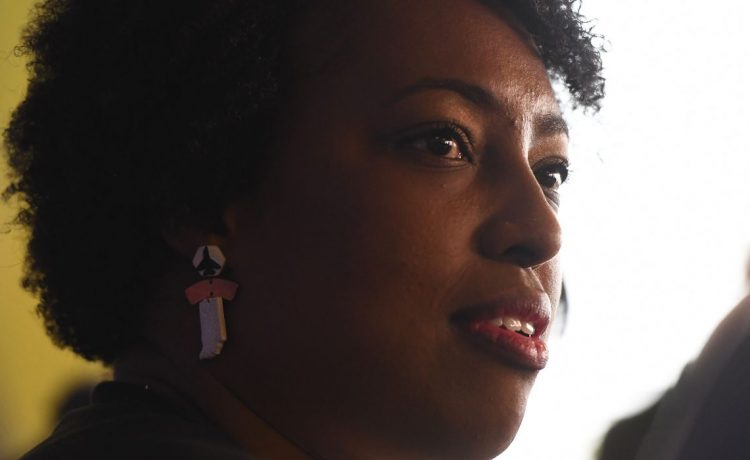 A Republican Air Force veteran making a strong bid to unseat an incumbent House Democrat in next month’s midterm elections says her political opponents leaked information to the press about her sexual assault while serving in Iraq, and now two GOP House members say they want more answers from the Defense Department about what happened.

Rep. Jim Banks and Rep. Larry Buchson, both Indiana Republicans, confirmed on Wednesday that the Air Force has completed a preliminary inquiry into the release of confidential personnel information about Jennifer-Ruth Green, a lieutenant colonel in the Indiana Air National Guard and candidate for Congress in Indiana’s 1st Congressional District.

They said Lt. Gen. Stephen Davis, the Air Force inspector general, told them the leaker has been identified “and will be held accountable.” Still to be determined is whether the leaker — who has not been revealed publicly — had a political or financial motive and whether the leaker acted alone.

The leak is believed to have come from the Air Force Personnel Center at Randolph Air Force Base in San Antonio.

Lt. Col. Green has accused her opponent, first-term Democratic Rep. Frank Mrvan, of illegally obtaining her military records and passing them to a reporter from Politico. Politico’s profile of the GOP challenger included details about a sexual assault that occurred in Iraq and negative comments about her military service.

“Frank Mrvan and his cronies illegally obtained my military records describing my sexual assault. His team fished the details of my assault to different news outlets, asking them to share misinformation to portray me as a failed military officer who lacks integrity. This is false,” Lt. Col. Green wrote in a statement.

On Wednesday, a request to Rep. Mrvan’s office for comment was not answered. The Democrat, who authored a bill approved by the House earlier this year to aid military victims of sexual trauma, issued a statement earlier this month denying his campaign played any role in a leak of Lt. Col. Green’s service records to Politico.

“Our dedication and life’s work on this issue is above and beyond politics,” the Mrvan statement said.

The Green campaign, in an October 3 letter addressed to the U.S. Attorney of the Eastern District of Virginia, the Air Force inspector general’s office and the Department of Defense, asked for a formal investigation into how the records were given to the publication, the Chicago Tribune reported.

“No service member should have to fear that their confidential service records will be used against them,” they said. “The Air Force must take immediate steps towards transparency for the sake of all veterans and service members.”

Republican strategists are increasingly hopeful that Lt. Col. Green could score an upset in a heavily unionized Indiana district long dominated by Democrats. If elected, she would be the first Republican to represent the district since the Great Depression and only the second Black female Republican congresswoman in history after former Utah Rep. Mia Love.