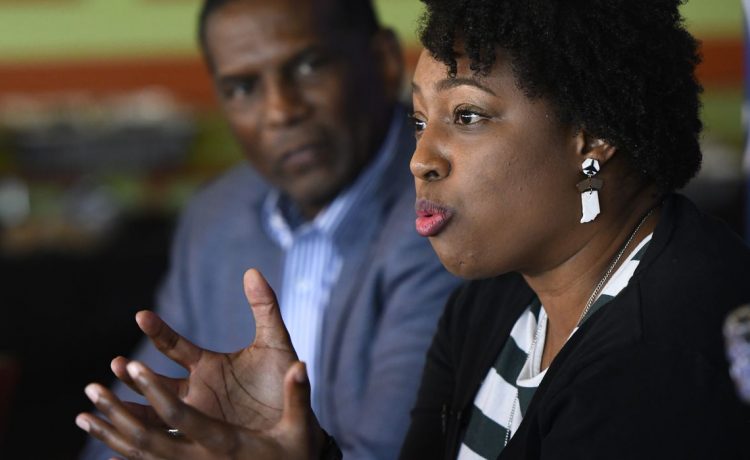 Republican Jennifer-Ruth Green said she is ready to end a 90-year streak of Democratic dominance in a blue northwestern Indiana district.

Ms. Green, an Air Force veteran and professional pilot, has courted non-traditional GOP voters and independents, turning the historically Democratic district into a “toss-up” race for the first time in decades.

“Some have told me, ‘Hey, I’ve voted Democrat my whole life and I am voting for you,’ and that trust is something I don’t take lightly,” Ms. Green told The Washington Times. “The groundswell is different. There’s something about wanting to be part of something historic that makes people interested.”

Ms. Green is taking on freshman Rep. Frank Mrvan in Indiana’s 1st District on Tuesday, and she’s emerged as one of the GOP’s most prized candidates in a closely watched race.

The district is based in Gary and has voted Democrat since 1928.

If elected, Ms. Green would be the sole Black woman in the House Republican Conference and advance the party’s drive to diversify its membership. She would be only the second Black Republican woman in history to be elected to the chamber, behind former Rep. Mia Love of Utah.

Ms. Green said she is not focused on party labels in her race, despite some criticism that’s cast by her opponents who accused her of trying to “fool” voters in a Democratic-leaning district.

Her campaign signs and social media presence have focused more on her military service, with her signature slogan “Battle Proven Leadership” rather than touting her ties to the Republican Party or her conservative values.

Mr. Mrvan, on the other hand, has distributed signs that proudly point out that he is a Democrat.

For Ms. Green, that’s intentional. It’s part of her push to unify the nation and allow people to know her over her party.

“My goal is to let people see who I am and if you can trust me then it doesn’t matter what label exists,” she said. “I’m not ashamed to be a Republican by any stretch but I just have to be wise about making sure people can hear me because if I walk in and say ‘I’m a Republican,’ they might shut down right away. I don’t think we’re pulling the wool over anybody’s eyes.”

Ms. Green has tried to link Mr. Mrvan to House Speaker Nancy Pelosi and President Biden, whose policies and leadership she blames for the rise in inflation, crime and other woes facing Americans.

Mr. Mrvan has sought to cast Ms. Green as an extremist on abortion and said she is too conservative for the district.

The congressman, who co-chairs the Steel Caucus, has also played up his support to help revitalize jobs in the Rust Belt as one of the few remaining Democrats who hold seats in the Midwest.

Mr. Mrvan’s family also has a political history in Indiana. His father served in the state Senate.

The race has caught national attention.

She got endorsements from former Trump administration officials, including Mike Pompeo and Nikki Haley. She also got an endorsement from Sen. Tom Cotton, Arkansas Republican and potential 2024 presidential contender.