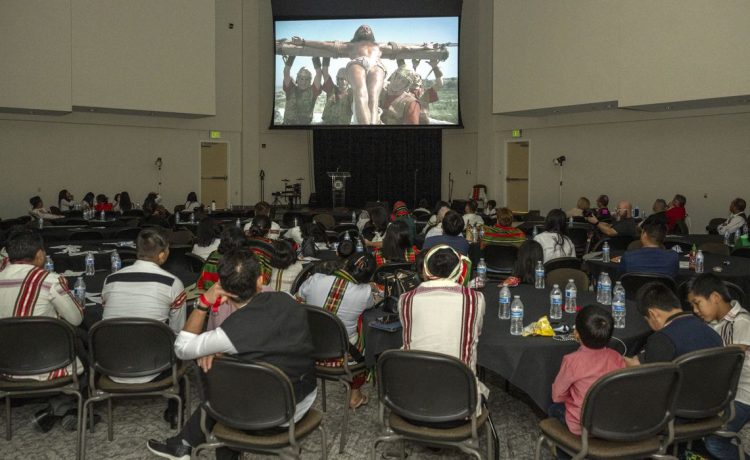 When Mang Sing, a Christian pastor born in Myanmar’s Chin state, first heard the characters of the film “Jesus” speaking in the Zo language of his people, his heart skipped a beat.

“I couldn’t imagine Jesus would ‘speak’ in Zo,” the language of about 180,000 people around the world,” Mr. Sing said in a telephone interview. “My spirit just revived and vibrated” when he heard the words of the Gospel of Luke in his native tongue.

Mr. Sing, currently a student at Southwestern Baptist Theological Seminary in Fort Worth, Texas, voiced the narration for the film, which was first released in an English-language version in 1979. The Zo dubbing of the film marked another milestone: It was the 2,000th language translation for the film, backers said.

The movie was the brainchild of the late Bill Bright, co-founder of Cru, the evangelistic organization formerly known as Campus Crusade for Christ. The film, now a ministry of the Cru organization, is translated so that people can access “the life-changing story of Jesus” in their own language.

Organizers said that an estimated 633 million people committed their lives to Christ after viewing the film. The Guinness Book of World Records says that the movie is the most translated film in the history of cinema.

“Because the word of God is so powerful, it’s very compelling to see it come alive in a movie,” said Josh Newell, executive director of Cru’s Jesus Film Project. “People see this as an accurate portrayal of the life, death and resurrection of Jesus. They use it in every church extension or evangelism effort to grow their church or to start new ones.”

Mr. Newell said “Jesus” has led to “millions of churches [that] have been planted around the world … that we can tie directly back to people using this tool somewhere where no one has ever heard of Jesus.”

He said the organization’s goal is to get the soundtrack translated and voiced into a total of 5,000 languages out of the estimated 7,000 spoken languages extant in the world today. He said “the rate of translation is happening exponentially” and progress should come rapidly.

Mr. Newell said the Zo translation involved working with native speakers located in Atlanta, Fort Worth, and Fort Wayne, Indiana,, where a number of Myanmar refugees and immigrants live.

“It’s challenging to pull off logistically but at the same time it’s a labor of love, because there’s usually nothing else translated into these smaller languages,” he said. He said the premieres of the film in those cities were “received very well” by the Zo speakers there.

“What we are hoping for is that this will be a tool for Zo-speaking pastors that will equip them to be able to not only share about the love of Jesus but [also] help to disciple the next generation,” Mr. Newell added.

Since its original release on film, “Jesus” has migrated to video, digital formats and online streaming such as YouTube. There’s a smartphone app people can use to not only view the film, but share it in a multitude of languages, the organization notes.

Mr. Newell said maintaining the film’s visual quality after decades of use is “a painstaking process,” which involves technicians “going frame by frame over the original footage that the film was taken in, and removing dust and other types of particles. It took us about 10 years to upgrade to [high-definition] because we’re a small ministry, and we didn’t outsource it.”