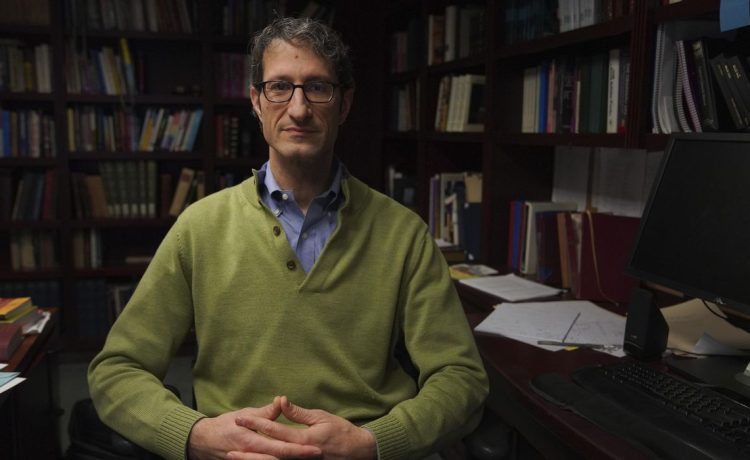 NEW YORK (AP) — Jewish Americans are closely following the recent upsurge in antisemitic rhetoric and actions with a mix of anxiety and resolve – along with a yearning that a broader swath of Americans, including leaders across the political spectrum, speak out against anti-Jewish hatred.

New Yorker Rizy Horowitz, who runs a program in Brooklyn providing meals and activities for Holocaust survivors, says the widespread vitriol prompts her to ask: “When can I pack up my suitcase and run away?”

“It’s a very frightening moment. There is no other word,” said Horowitz. “We’re all frightened because we’ve seen the past and we don’t want to relive it.”

As for those spewing the hate, she says: “Have I done something? No. It’s just I’m a Jew.”

Rabbi Seth Adelson of Congregation Beth Shalom in Pittsburgh, located near the Tree of Life synagogue where 11 worshippers were killed in 2018 in the deadliest antisemitic attack in U.S. history, said anxiety has intensified as anti-Jewish vitriol abounds on social media, embraced by some widely followed celebrities.

The rapper Ye, formerly known as Kanye West, expressed love for Adolf Hitler in an interview. Former President Donald Trump hosted Ye and a Holocaust-denying white supremacist at Mar-a-Lago. Basketball star Kyrie Irving was suspended after posting a link to an antisemitic film

“The antisemitic cat is out of the bag,” said Adelson. “I don’t think it’s reached a place where we feel it’s time to go hide in the basement. But it certainly has increased everybody’s anxiety.”

“We feel it whenever we go in and out of buildings, because now we have security in a way that we didn’t before,” he said. “There are armed security guards at most, if not all, Jewish buildings and metal detectors and all of those things.”

“People who hate Jews want us to cower in fear,” he added. “What I hope for is that Jewish people will understand that the way to respond to antisemitism is to be loudly and proudly Jewish, to be proud of our traditions.”

A prominent Los Angeles rabbi, David Wolpe, has wrestled with his response to the antisemitism upsurge.

“When I began my career, I thought antisemitism was an issue in my father’s generation – it won’t be in mine,” he said. “I was sadly and unforgivingly wrong.”

He strives to put the recent events in perspective.

“We are still – in America – as safe and free as Jews have been in all of human history,” he said. “It’s so easy to be alarmist, … to lose perspective, to scare our kids. I don’t want to do that.”

Asked what makes this moment different, Wolpe was succinct.

“It’s the volume, the persistence, the permissibility.”

The expanding use of social media by antisemites is a major concern.

“This hateful rhetoric is being promoted by people who unfortunately influence hundreds of thousands of people,” said Pat Halper, a community activist in Nashville, Tennessee. “We never know if one of those followers, or many of them, will take the next hateful or violent step.”

Yet Halper’s outlook is resolute.

“We’ve been in bad places before and found our way,” she said. “I have to believe we’ll find our way through this too.”

Texas author Anna Salton Eisen, the daughter of Holocaust survivors, has been sharing her late parents’ stories for years.

“When I started speaking in schools more than 20 years ago, the Holocaust was a history lesson. Now it has become a lesson in current events,” she said. “Students who used to ask me questions about Hitler now want me to address the statements by Kanye that put Hitler in a positive light.”

Eisen hopes Christian churches show solidarity by inviting Jews into their spaces for Hanukkah. She’ll be at the White House for its Hanukkah party, which she says “feels like an act of defiance more than just a social event.”

“It’s my way of saying, ‘Here I am, a Jew and free to worship God in my chosen faith and I will not live in fear nor be defeated by those who hate me.’”

Amid the recent surge of antisemitism, there have been expressions of outrage – and vows to combat hate – from an array of prominent politicians, including President Joe Biden, as well as leaders of major Jewish organizations. Doug Emhoff, the husband of Vice President Kamala Harris, hosted a White House discussion with Jewish leaders on Wednesday.

However, several Jewish Americans interviewed by The Associated Press said strong statements against antisemitism were needed from a broader range of civic and political leaders.

“It’s not enough to hope or wish it away,” said Elisia Cohen, director of the University of Minnesota’s Hubbard School of Journalism & Mass Communication. “It’s a time for leaders to form coalitions across communities in a very strong movement against hate.”

Diane Brown, a retired pharmacist who moved from Massachusetts to Minnesota’s Twin Cities a few months ago, is struck by how Jewish communities 1,100 miles apart are troubled by similar anxieties.

“We can’t go to temple without being screened – there are police, plainclothes security,” she said.

She’s appalled at how antisemites use social media “to post stuff online that they’d never say to anyone’s face.”

Some Jewish college students have reported increasing on-campus antisemitism. At Brandeis University in suburban Boston, which has a substantial Jewish enrollment, rabbi and chaplain Seth Winberg says he feels fortunate to be in a setting where Jewish identity can be celebrated.

“My students can learn to respond to antisemitism in proactive ways: building relationships, learning how to listen to others, and when necessary, taking action,” he said via email.

Rachel Timoner, senior rabbi at Congregation Beth Elohim in Brooklyn, sees the surge of hateful rhetoric as a test for America – “a contest between two sets of ideas.”

“What white nationalists want is to spread that Hitler was right and Jews are a threat – that’s gaining traction in certain quarters of our society,” she said. “Who is going to speak up and say that is unacceptable?”

“If people are silent, the threat and the danger will only grow,” she added.

“Everyone in every neighborhood has a role. That’s the contest we’re in – every voice matters.”