Jewish encyclopedia condenses thousands of years of history, faith in one volume 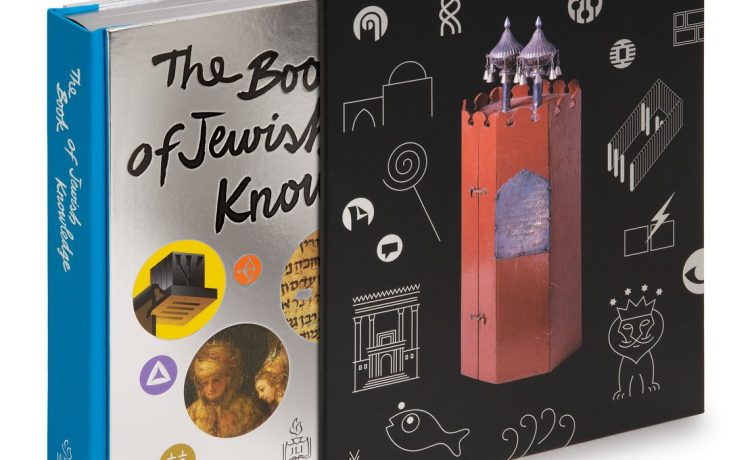 A new book published to coincide with Rosh Hashanah, the Jewish New Year, claims to offer “the story of Judaism” in an unbiased approach using a variety of Jewish voices.

“The Book of Jewish Knowledge,” a 497-page coffee-table volume published by the Rohr Jewish Learning Institute, based in Brooklyn, New York, differs from other encyclopedic works, even a 1964 effort with the same title found in many Jewish homes of the period.

“A lot of them are very good books, and are very informative and give you a lot of information,” Rabbi Yanki Tauber, the new volume’s editor, said in a telephone interview.

But, he added, “I felt there is room for something that has not been done yet,” a volume that synthesizes Jewish history, observances and teachings in an accessible manner.

He said that making Jewish knowledge accessible has been a key facet of his career during the past 35 years.

A member of the Chabad Lubavitch organization within Orthodox Judaism, Mr. Tauber began his editorial career creating English summaries of talks given by the late Rabbi Menachem Mendel Schneerson, the seventh Lubavitcher Rebbe whose teachings are prized within the movement as well as by other Jews.

He then was a founding editor of the Chabad.org website, which conveys the group’s teachings in accessible articles and commentaries, and has drawn millions of page views over the years.

But the new book is not a Chabad tract, the rabbi said.

“We want to have something that’s sort of Judaism is speaking for itself through its original source texts, as opposed to people talking about Judaism or trying arguing about what Judaism should mean today,” he said.

Other volumes offering an overview of Judaism tend to favor one perspective or point of view, Mr. Tauber said.

This volume has a different goal.

“I want the reader to read the source texts themselves, and decide what they mean, what the source texts mean to [them] in the 21st century, as opposed to having a bunch of 21st-century pundits arguing” about what a reader should think, Mr. Tauber said.

He said treating every aspect of Judaism in depth might require a 30-volume work, so to contain the subject in one volume, he decided to give an overview while going in depth on only a few, such as five mitzvahs, or the commandments.

He said the book covers “the broad range” of Judaism and “shows people how broad and how many different areas there are.”

The volume gives “people at least a sample …  you only did it with a few parts of it, but you showed them how it really is,” he added.

Among the innovations of the new volume, Mr. Tauber said, is the use of infographics, charts, and timelines — along with hundreds  of illustrations such as the recreation of an ancient Egyptian brickmaking mold — to convey information that would otherwise take pages to describe.

The task of visual presentation fell to New York designer Baruch Gorkin, who has worked with Mr. Tauber on other projects and is also credited with creating the modern Arial-style Hebrew font used on Apple’s iPhone and other devices.

The infographics detail how a mikvah, or ritual bath, is constructed, or how phylacteries, the small leather box with leather straps containing Hebrew texts worn by observant Jewish men during prayers, are constructed, Mr. Gorkin explained in an interview.

The volume’s design is straightforward and internet-like with a modern accent. Mr. Gorkin agreed that “clean” would be a fair description of the book’s layout.

“It’s also philosophically correct because we’re trying not to stand in the way between the information and the reader. I want the beauty to come forth from the function, which is really a modernist idea,” he said.

A two-page listing of famous and notable Jews in history and the modern age may be one of the few places where one would find Simone Weil, Henry Kissinger and Barbra Streisand literally on the same page, along with former White House adviser Ivanka Trump, who converted to Orthodox Judaism when she married Jared Kushner.

“The pages attracted some attention, but some of it is unfair, because this is not a statement other than the fact that they’re famous Jews,” Mr. Gorkin said. “It’s not an endorsement of anyone there.”

The book, however, has had its share of endorsements, with Jonathan D. Sarna, Brandeis University’s professor of American Jewish History, calling it “a magnificent one-volume guide to Jewish history, teachings, and practices.”

Rabbi Jeffrey R. Woolk of Israel’s Bar Ilan University deemed it “an invaluable treasure of Judaism to all, irrespective of background and affiliation.”

The volume is sold by the Institute online.