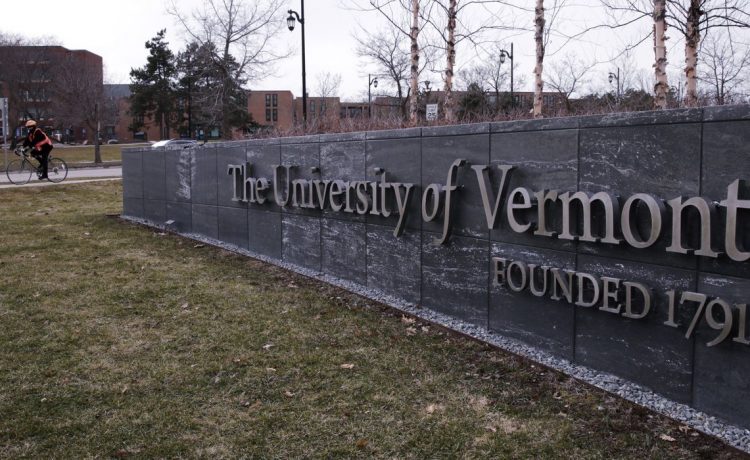 Tensions over a federal civil-rights probe into the University of Vermont surged Friday as leading Jewish groups took on the president after he defended the school’s response to allegations of anti-Semitism now under federal probe.

Twenty Jewish organizations, including the Anti-Defamation League, the Simon Wiesenthal Center and StandWithUs, said they were “alarmed, disappointed and troubled” by UVM President Suresh V. Garimella’s reaction to claims under investigation by the Department of Education’s Office for Civil Rights.

“Simply put, President Garimella fails to condemn the existence of significant antisemitism on UVM’s campus,” said the statement. “And instead of summoning the courage that other university leaders across the country have shown in acknowledging the problem or offering support for Jewish students who are fearful about identifying publicly as Jewish, the UVM President’s statement doubles down and refuses to take responsibility.”

In a separate statement, the Louis D. Brandeis Center for Human Rights Under Law and Jewish on Campus, which filed the federal complaint, blasted UVM’s “astonishingly inadequate and offensive response.”

“President Garimella’s statement shows neither reflection, nor understanding, nor remorse,” said the joint statement. “Instead, Garimella demonstrates only the dismissive attitude that has left Jewish students vulnerable to harassment and discrimination, blaming the victims who blew the whistle on UVM anti-Semitism rather than pledging to respond to the problems that federal investigators will now examine.”

Mr. Garimella said Thursday the university “vigorously denies the false allegation of an insufficient response to complaints of threats and discrimination,” contending that the “uninformed narrative published this week has been harmful to UVM.”

“There is no doubt that antisemitism exists in the world and, despite our best efforts, in our community,” he said. “Exploitation of fear and divisiveness by advancing false claims that UVM failed to respond to complaints of antisemitic behavior creates confusion and a sense of insecurity for the entire community.”

He detailed the university’s response to three incidents that took place in September 2021. In the first, an undergraduate teaching assistant threatened last year on social media to lower the grades of Jewish students and tweeted that she wanted to make “zionism and zionist rhetoric politically unthinkable.”

Mr. Garimella said that the university took “prompt action to ensure that the objectionable statements did not adversely impact students in the classroom” or their grades, but the center called the response “wholly inadequate,” saying that the university never issued a statement of support for Jewish students.

“Inciting hostility toward Jews on the basis of their Jewish identity is reprehensible conduct,” said the center. “However, President Garimella chose to remain silent, even though the university has issued statements in support of other groups that have been targeted – including not only other ethnic groups but even members of the men’s basketball team.”

In the second incident, Mr. Garimella said an investigation determined students were trying to get the attention of a friend recovering from an illness when they threw small rocks at the Hillel building, and that there was “no evidence of any threatening behavior or that the conduct was motivated by antisemitic bias.”

In its response, the center said that Mr. Garimella failed to address why one student was heard asking “Are you Jewish?” when asked to stop, as well as why a sticky substance was left on the doors.

In the third incident, Mr. Garimella said that two UVM student groups accused of excluding those who expressed support for Israel were not recognized as campus organizations and “were not bound by UVM’s policies governing student organizations,” although the student leaders were reminded of the school’s anti-discrimination policy.

The center argued that the groups still have ties to the university, saying that one is listed on the UVM website and that school administrators have engaged with the other.

The American Jewish Committee said Mr. Garimella has “expressed the intention to take antisemitism on campus seriously,” but that the group was “deeply disappointed that the university chose to speak on behalf of Jewish students, rather than stage a more robust and much-needed conversation with them.”

Matt Vogel, executive director of Hillel at UVM, said the group would not make specific comments pending an outcome of the investigation but had “for many months been at the forefront of meeting with the university administration to amplify student voices.”

“We stand unequivocally with our Jewish students, allies, friends, and family and are committed to helping them bring their voices to the table and be heard by the university,” said Mr. Vogel.

Mr. Garimella said university officials have recently participated in events sponsored by the AJC, and pledged that the response to any allegations of anti-Semitism would be “supportive, thorough, and timely.”

“Although the allegations were investigated and addressed, we recognize we can and should do more to support the success of our students,” said Mr. Garimella. “University leaders have reached out on several occasions to our Jewish students over the last year to understand their experiences on our campus, to provide them with the tools they need to respond to incidents of bias and discrimination, and to work with them to better understand the climate in which they are living and learning.”

The DOE Office for Civil Rights agreed to investigate a complaint filed Oct. 2 alleging that UVM “allowed a hostile environment to proliferate on campus in violation of Title VI of the Civil Rights Act of 1964.”