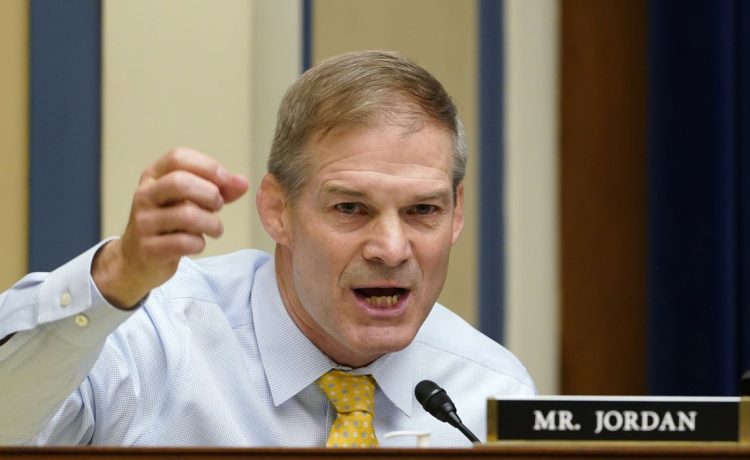 The top Republican on the House Judiciary Committee proved Democrats’ star witness at a Thursday hearing about the Supreme Court had been dishonest, possibly lying, about a specific claim he had made in an earlier book.

The committee had brought in expert witnesses to discuss politicking before the high court, Democrats sating the wish to make sure justices resist donor pressure on issues like abortion and same-sex marriage.

They brought in the Rev. Robert L. Schenck, president of the Dietrich Bonhoeffer Institute, who recently accused Justice Samuel A. Alito Jr. of leaking the outcome of a 2014 case. Last month, the New York Times reported about Mr. Schenck’s charge.

But Rep. Jim Jordan, Ohio Republican, quizzed Mr. Schenck during his testimony about a 2018 book he had written where he said he and his brother had convinced the high court to leave “Reverend” in the title of a case name involving Mr. Schenck’s brother.

In the book, Mr. Schenck details how he winked at his brother when the late Chief Justice William Rehnquist read the case name, which included “Reverend.” Those types of titles are typically left out of case names.

Mr. Jordan asked whether the chief justice had used the courtesy title.

“You’re pretty darned specific here,” Mr. Jordan noted about the book, adding that Mr. Schenck even included the esoteric detail of the case number in it.

“You made it a big deal about it’s the first time it’s ever happened. I’m just asking, did it really happen?” he continued.

“I would have to go back and review that,” Mr. Schenck admitted. “Possibly not.”

Mr. Jordan then revealed a transcript and audio showing Rehnquist did not use the word “Reverend.”

Last month, The New York Times published a claim by Mr. Schenck that he had learned of the outcome of Burwell v. Hobby Lobby Stores prior to its release. He was then a pro-life leader interested in the outcome of the case against the Affordable Care Act concerning contraceptive coverage and religious freedom.

He said he was tipped off by a woman named Gayle Wright, who had dinner with Justice Alito and his wife. Ms. Wright, at the time, was a donor to Mr. Schenck’s group.

Both Ms. Wright and Justice Alito, though, have denied Mr. Schenck’s story.

“The allegation that the Wrights were told the outcome of the decision in the Hobby Lobby case, or the authorship of the opinion of the Court, by me or my wife is completely false,” Justice Alito said.

“My wife and I became acquainted with the Wrights some years ago because of their strong support for the Supreme Court Historical Society, and since then, we have had a casual and purely social relationship,” Justice Alito’s statement read. “I never detected any effort on the part of the Wrights to obtain confidential information or to influence anything that I did in either an official or private capacity, and I would have strongly objected if they had done so.”