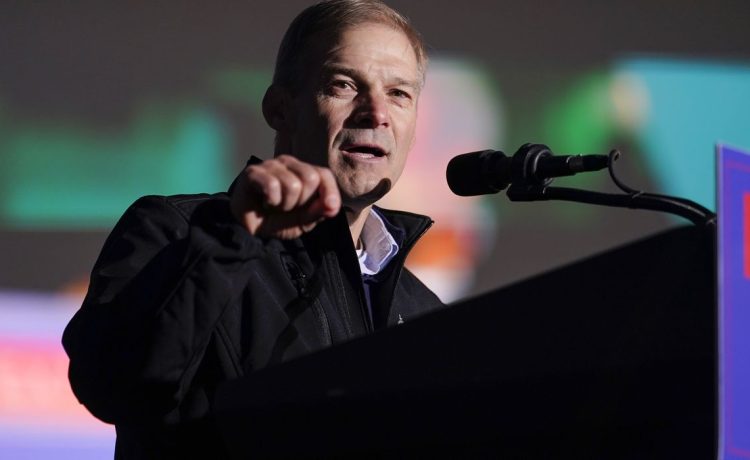 House Judiciary Committee Republicans put the Biden administration on notice a broad array of officials will be called to testify once the GOP grabs the gavels in the next Congress, which convenes in January.

Mr. Jordan and his GOP colleagues double down on previous requests for documents and testimony from dozens of officials, warning that the committee will put its subpoena privileges to use in the next Congress should their demands be further ignored.

“Over the past twenty-one months, we have made several requests for information and documents concerning the operations and actions of the Department of Justice.” Mr. Jordan wrote in the letter to Mr. Garland. “To date, you have ignored these requests, or you have failed to respond sufficiently”

“Please be aware that if our requests remain outstanding at the beginning of the 118th Congress, the Committee may be forced to resort to compulsory process to obtain the material we require,” he said.

Republicans on the committee have sought documents and information about the DOJ’s monitoring of parents at school board meetings, the FBI raid on former president Donald Trump’s Mar-a-Lago estate in Florida, the FBI’s alleged inflation of the domestic violent extremist threat and its alleged abuse of Foreign Intelligence Surveillance Act warrants.

Mr. Jordan also has previewed his intent to examine President Biden’s involvement in his son Hunter Biden’s business dealings in tandem with the House Oversight Committee’s investigation into the matter.

In the stack of letters sent Friday, Mr. Jordan requests that the officials avail relevant staff members to provide testimony in the coming months.

“We expect your unfettered cooperation in arranging for the Committee to receive testimony from Justice Department employees,” Mr. Jordan wrote.

He said the committee anticipates requiring testimony from 15 DOJ officials in the coming months, ranging from Mr. Garland to the senior counsel for the DOJ’s National Security Division.

Similar requests to avail personnel for testimony accompanied his letters to the White House, DOJ, FBI, DHS and Education Department.

“To avoid any unnecessary delay in receiving the testimony of these employees, we ask that you direct your staff to work with Committee staff now on scheduling these events,” Mr. Jordan wrote in the letters.