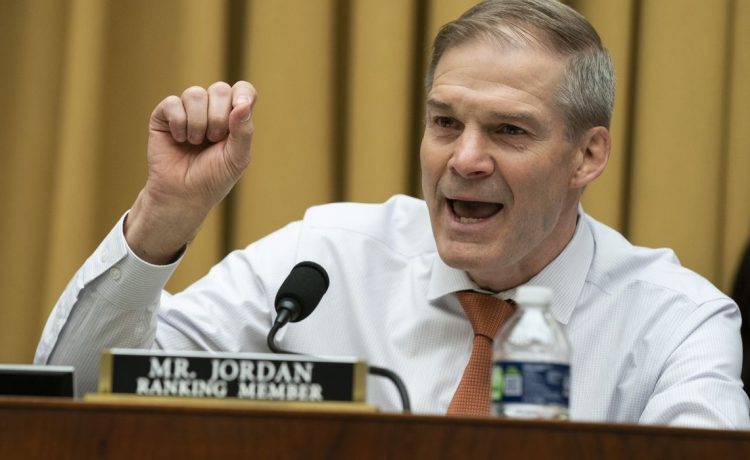 FBI employees are being pressured to reclassify crimes as domestic terrorism in order to make the situation seem worse than it actually is, a top Republican charged Wednesday, citing information from whistleblowers at the bureau.

Rep. Jim Jordan, the ranking Republican on the House Judiciary Committee, said the FBI “pressured” agents to get cases into the domestic violent extremist category.

“These whistleblower allegations that the FBI is padding its domestic violent extremist data cheapens actual examples of violent extremism,” Mr. Jordan said in a letter to FBI Director Christopher Wray.

He said his information comes from “multiple FBI employees from different field offices.”

One whistleblower said that agents aren’t finding enough cases to satisfy the higher-ups, so they are “encouraged and incentivized to reclassify cases” even though the evidence for domestic terrorism is minimal or circumstantial, Mr. Jordan said.

The Washington Times has reached out to the FBI for this story.

The Biden administration has declared domestic terrorism to be the biggest terrorist threat facing the U.S. eclipsing international radical Islamic groups that had dominated the terrorism space for decades.

And while domestic extremists span the ideological spectrum, the Biden administration says the key danger is from White supremacists.

Homeland Security has issued repeated terror alerts on the potential for domestic chaos in an increasingly polarized country — with the latest bulletin in June warning that everything from school board policy to Supreme Court decisions on abortion to the crisis at the southern border are potential flashpoints for violence.

Both Mr. Wray and Attorney General Merrick Garland have said the number of domestic cases is soaring.

But Mr. Jordan in his letter said the information from whistleblowers calls those evaluations into question.

“Given the narrative pushed by the Biden administration that domestic violent extremism is the ‘greatest threat’ facing our country, the revelation that the FBI may be artificially padding domestic terrorism data is scandalous,” Mr. Jordan said.

His letter to Mr. Wray asked for the bureau to turn over data on how it classifies cases.