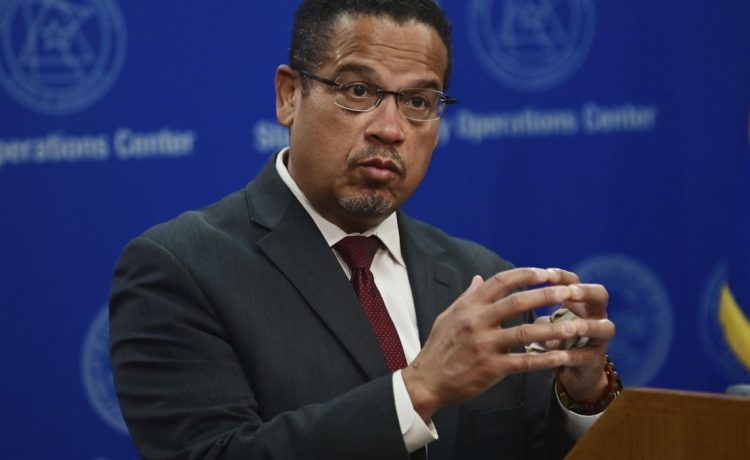 Republican Jim Schultz now leads Mr. Ellison, the Democratic-Farmer-Labor Party incumbent 49% to 42%, with 9% of voters undecided, less than a week before Election Day, according to a KSTP/SurveyUSA poll.

Mr. Ellison, a former House lawmaker, led Mr. Schultz by 6 points in the same poll in early September and by 2 points in early October.

Crime has proved to be a major issue behind Mr. Schultz’s surge. According to the poll, he leads Mr. Ellison by 54 points on crime, while Mr. Ellison leads by 55 points on abortion.

Mr. Ellison leads in the heavily populated Twin Cities metro area, 49% to 43%, while Mr. Schultz has wide margins in every other part of the state.

However, in the race for Minnesota governor, the GOP challenger still trails the incumbent Democrat. Gov. Tim Walz leads Republican Scott Jensen 51% to 43%, with 4% undecided and 2% backing another candidate.

The poll, conducted  from Oct. 26-30, includes a survey of 836 “likely voters” across Minnesota and had a “credibility interval,” similar to margin of error, is ±3.9%.

The Minneapolis race for attorney general, however, is largely defined by Mr. Ellison’s history on his relationship with law enforcement.

Mr. Schultz is a private-practice business attorney running on a law-and-order platform.  Among other issues, he has criticized Mr. Ellison’s handling of the case of Minnesota Police officer Kimberly Potter, convicted of manslaughter after fatally shooting Daunte Wright when she appeared to mistake her taser for her firearm.

Minneapolis set off a summer of nationwide, sometimes violent protests against police brutality in 2020 following the death of Black suspect George Floyd while in the custody of city police. Video captured Minneapolis police officer Derek Chauvin kneeling on Floyd’s neck for over 9 minutes before he lost consciousness and died.

Chauvin was prosecuted by Mr. Ellison’s office last year. He was convicted and sentenced to 22 1/2 years for the Floyd’s murder.