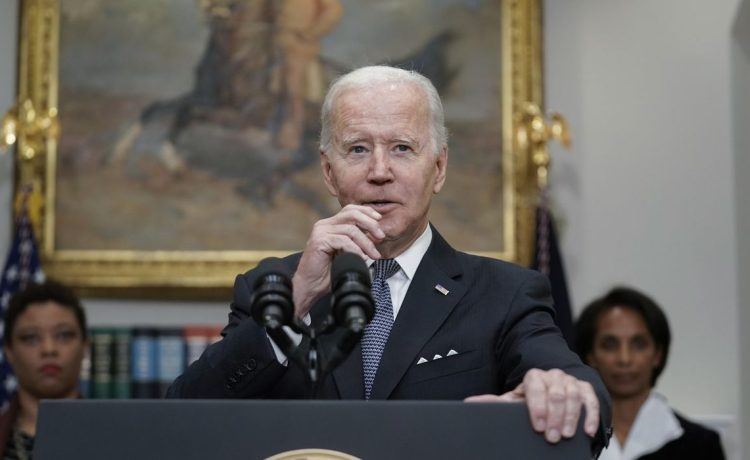 The Biden administration on Friday asked the U.S. Supreme Court to rescue its student forgiveness plan, which has been blocked by two federal courts.

U.S. Solicitor General Elizabeth Prelogar filed documents urging the court to lift the injunction imposed this week by the 8th Circuit Court of Appeals. A federal judge in Texas also declared the plan unconstitutional in a separate case.

“The Eighth Circuit’s erroneous injunction leaves millions of economically vulnerable borrowers in limbo, uncertain about the size of their debt and unable to make financial decisions with an accurate understanding of their future repayment obligations,” Ms. Prelogar wrote in the appeal.

Friday’s appeal is the third time the student loan plan has landed before the Supreme Court. In October, Associate Justice Amy Coney Barrett denied a request from a Wisconsin taxpayer group to block the program, but did not explain the ruling, which is common on the court’s emergency docket. Justice Barrett last week denied a second challenge to the program by a conservative legal group.

The administration appeal is in response to a preliminary injunction issued Monday by the 8th Circuit at the request of six Republican-led states that argued the program threatens future tax revenues and bucks congressional authority to cancel loans.

The 8th Circuit’s six-page ruling did not decide the program’s legal merit but rather imposed a nationwide hold on the program pending an appeal of the decision.

But the appeals court concluded Monday that injury did exist, with the Missouri Higher Education Loan Authority losing revenue under the Biden administration plan.

The Missouri Treasury Department receives money from the loan authority.

If the Supreme Court sides with the states and concludes they have legal standing, the Biden administration is likely to face a difficult battle with the court’s conservative majority. The conservative justices have been skeptical of President Biden’s efforts to expand federal powers, including blocking his COVID-19 vaccine or test requirements for large businesses.

Mr. Biden’s plan would cancel up to $20,000 in student loan debt for Pell Grant recipients and up to $10,000 for others who borrowed using federal student loans. The program is estimated to assist more than 40 million borrowers, the White House has said.

Although the administration has put the plan’s price tag at $379 billion, the nonpartisan Congressional Budget Office in September said the plan could cost $400 billion.