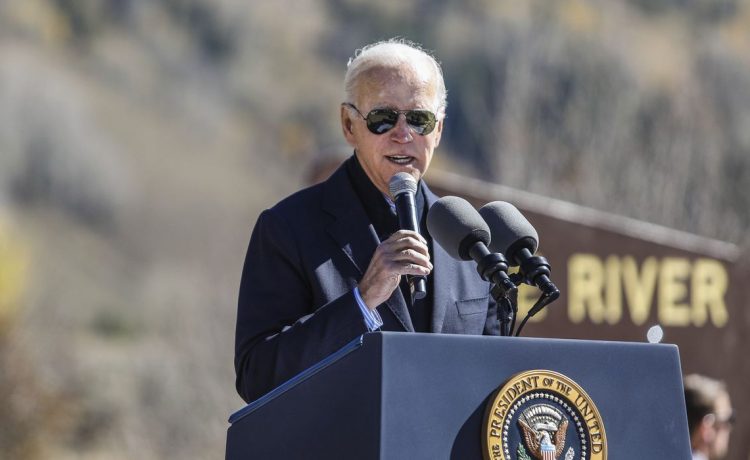 President Biden falsely claimed that his son Beau Biden “lost his life in Iraq” in during a speech in Colorado on Wednesday.

The president invoked his son’s military service during an address before signing a decree to designate a former training site for the Army’s 10th Mountain division as a national monument.

“I say this as a father of a man who won the Bronze Star, the conspicuous service medal, and lost his life in Iraq. Imagine the courage, the daring, and the genuine sacrifice — genuine sacrifice they all made,” he said praising the storied Army unit’s heroism during World War II.

Beau Biden, who served in the Delaware Army National Guard and was awarded a Bronze Star for his service in Iraq from 2008 to 2009, died of cancer in 2015.

He was posthumously awarded the Delaware Conspicuous Service Cross.

Mr. Biden has said he believes his son’s cancer was caused by exposure to burn pits in Iraq, though the link had not been definitively proven.