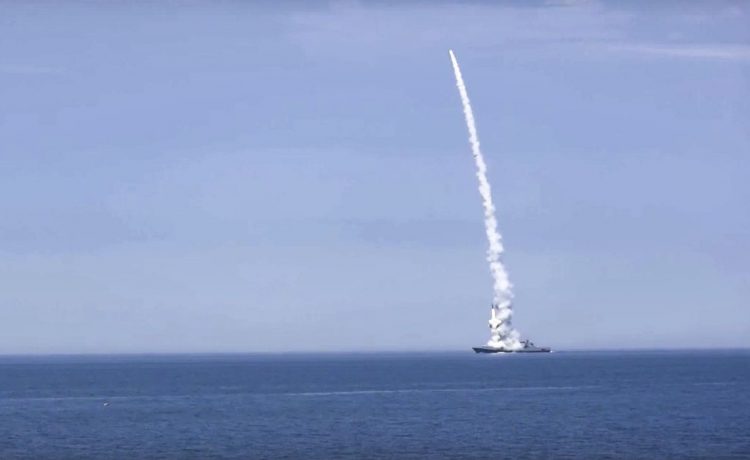 Mr. Biden said the strikes, which mark Russia’s most widespread attack on Ukrainian cities in months, demonstrate Russian President Vladimir Putin’s “utter brutality” as world leaders brace for the Kremlin to renew its offensive following a series of setbacks.

“These attacks only further reinforce our commitment to stand with the people of Ukraine for as long as it takes,” Mr. Biden said in a statement. “Alongside our allies and partners, we will continue to impose costs on Russia for its aggression, hold Putin and Russia accountable for its atrocities and war crimes, and provide the support necessary for Ukrainian forces to defend their country and their freedom.”

Russia earlier Monday unleashed a barrage of missiles that tore through neighborhoods in Kyiv, the Ukrainian capital that for months has been largely spared from the heavy fighting since the battlefront shifted to the east.

Attacks were reported in several other cities as far west as Lviv, some 40 miles from the Polish border.

Ukrainian officials said Monday that 84 Russian cruise missiles and 24 drones were used in the widescale assault.

Mr. Putin said the strikes were in retaliation for Saturday’s attack on the Kerch bridge linking Russia to the Crimean Peninsula. It partially destroyed a key supply line for Russian troops and added to the stunning list of setbacks for the Kremlin in recent weeks.

The Russian leader called the attack on the bridge a “terrorist act” carried out by Ukrainian forces.

We will continue to provide unwavering economic, humanitarian, and security assistance so Ukraine can defend itself and take care of its people,” Mr. Blinken wrote on Twitter.

“The Secretary-General is deeply shocked by today’s large-scale missile attacks by the armed forces of the Russian Federation on cities across Ukraine that reportedly resulted in widespread damage to civilian areas and led to dozens of people being killed and injured,” Stephane Dujarric said in a statement following Mr. Guterres’ call Monday with Ukrainian President Volodymyr Zelenskyy.

“As always, civilians are paying the highest price,” he said.