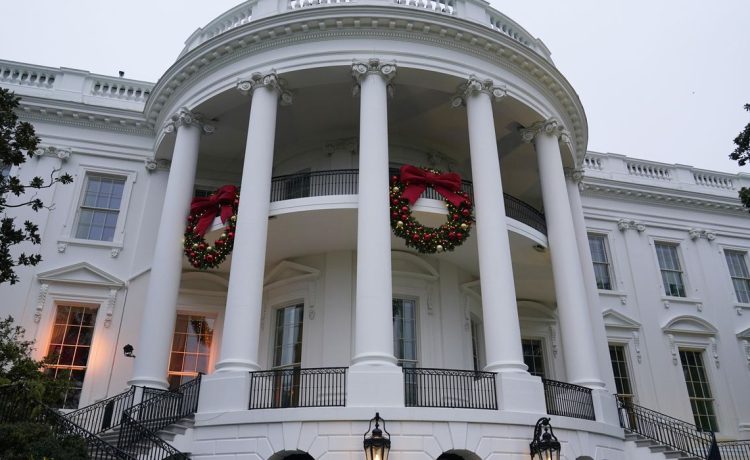 WASHINGTON — President Biden celebrated a quiet Christmas with his family at the White House and spoke with service members stationed around the world.

“They’re away from their families to protect us,” Biden said in a tweet. “And they have the thanks of a grateful, indebted president.”

The White House said Biden and the first lady, Jill, called members of the Army stationed at Panama City, Panama; the Navy aboard the USS The Sullivans in the Arabian Sea; the Marine Corps at Marine Corps Recruit Depot San Diego; the Air Force at Okinawa, Japan; the Space Force in Europe; and the Coast Guard aboard the cutter Bertholf in Alameda, California.

This is Biden’s second Christmas as president. On Saturday, Biden and his family joined a Mass on Christmas Eve at the White House and continued their holiday tradition of an Italian dinner.

The president and first lady on Friday also carried on another tradition with their second holiday visit to Children’s National Hospital . Biden was the first sitting president to join his wife when they visited hospitalized children and their families before Christmas last year , according to the White House.

Surrounded by Christmas trees and holiday decorations, the first lady read “The Snowy Day” with the president’s help holding up the book.

Biden last week encouraged national unity in a recorded address, calling out the nation’s political divisions and saying he hoped “this holiday season will drain the poison that has infected our politics and set us against one another.”

“So, this Christmas, let’s spread a little kindness,” he said.