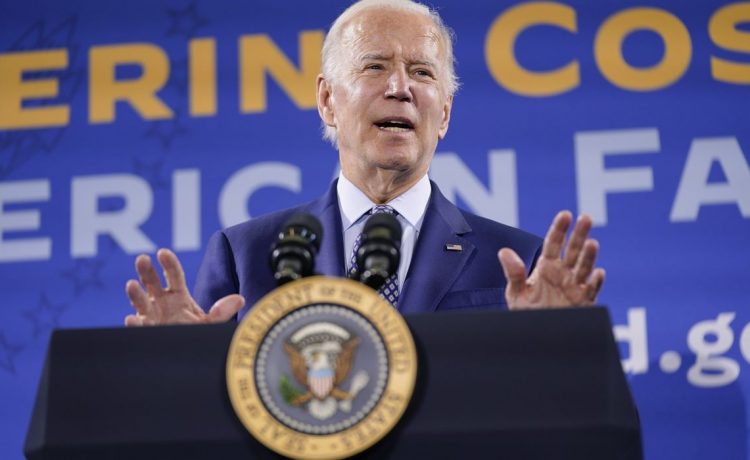 In two separate speeches while on the campaign trail in New Mexico, Mr. Biden was clear to state that he died of cancer while adding that he suspects that it was caused by burn pit exposure while his son was serving in Iraq.

Speaking at a community college in Albuquerque, where he touted his student debt forgiveness plan, Mr. Biden brought up his son in the context of student debt.

“My son, Beau Biden, who was the attorney general of the state of Delaware and passed away after a year in Iraq living next to a burn pit,” he said before stating that he incurred debt while attending the University of Pennsylvania and Syracuse Law School.

“I lost my son to cancer,” Mr. Biden said. “He volunteered to go to Iraq for a year. Unfortunately, his hooch was right next to one of those burn pits.”

“He came home with stage four glioblastoma and passed away,” he said.

Beau Biden, who served in the Delaware Army National Guard and was awarded a Bronze Star for his service in Iraq from 2008 to 2009, died of cancer in 2015.

He was posthumously awarded the Delaware Conspicuous Service Cross.

Mr. Biden has said previously that he believes his son’s cancer was caused by exposure to burn pits in Iraq, though the link is unproven.

Earlier this week, Mr. Biden awkwardly confused key details of his son’s death while delivering a speech in Florida after confusing the Ukraine war with the war in Iraq, blaming the current war for high inflation.

“Inflation is a worldwide problem right now because of the war in Iraq and the impact on oil and what Russia is doing, excuse me the war in Ukraine,” Mr. Biden said. “I’m thinking of Iraq because that’s where my son died.”

Mr. Biden made a similar misstatement in Colorado when signing a decree to designate a former training site for the Army’s 10th Mountain division as a national monument.

“I say this as a father of a man who won the Bronze Star, the Conspicuous Service medal, and lost his life in Iraq. Imagine the courage, the daring, and the genuine sacrifice — genuine sacrifice they all made,” he said, praising the storied Army unit’s heroism during World War II.

The mental stumbles underscored Democrats’ concerns about the ability of Mr. Biden, 79, to top the party’s ticket in 2024.

The earlier gaffes also made headlines in liberal-leaning outlets, including The New York Times, which ran the headline: “Biden verbally fumbles, twice, during campaign trip in Florida.”

New York Times senior political reporter Maggie Haberman posted a link to her colleague Peter Baker’s story on Twitter and was quickly met with fury from the left, who accused the paper of attempting to tank Democrats’ bid to maintain control in Congress in the upcoming midterms elections.

“She is trying to destroy us,” one user replied.