Joe Biden moves to bury the hatchet with GOP 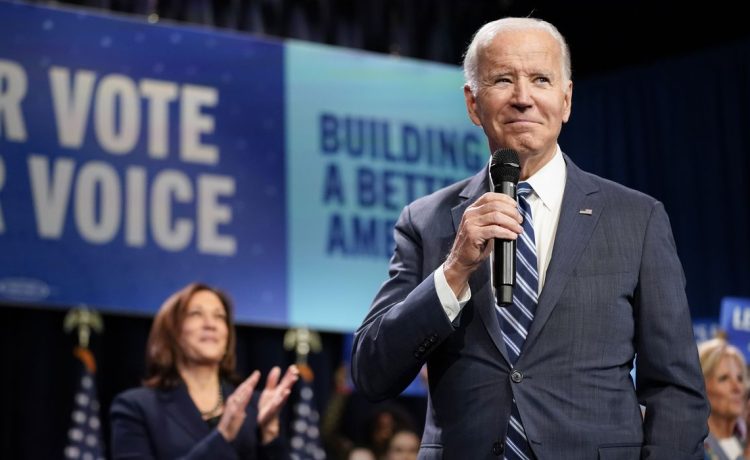 President Biden on Thursday extended a small olive branch to Republicans after condemning a large swath of the GOP as “ultra-MAGA” extremists and casting the pivotal midterms as a battle for the “soul of the nation.”

In an address to Democratic National Committee organizers in Washington, Mr. Biden conceded that America’s democracy remains intact even as Republicans glide toward probable control of the House.

“It was the first national election since Jan. 6, and there were a lot of concerns about whether democracy would meet the test,” he said. “It did. It did.”

He thanked “all of these mainstream Republicans” who made it possible. “They fought like we usually fight, and we accepted it. Everybody accepted it,” he said.

President Biden, who promised during his 2020 presidential campaign to bring unity to an increasingly divided nation, faced criticism for his divisive rhetoric ahead of the midterms.

Last week, Mr. Biden made his closing pitch to voters by warning that “dark forces” within the Republican Party were trying to subvert democracy.

He said the threat of a Jan. 6-style insurrection was smoldering within the GOP and stoked by candidates allied with former President Donald Trump.

He said “MAGA Republicans” — who he said were a minority in the GOP — were on “a path to chaos” that posed a grave threat to American democracy.

“Joe Biden promised unity but has instead demonized and smeared Americans while making life more expensive for all. While Republicans remain focused on the issues that matter most to voters, Biden and Democrats are flailing in the final days because they have lost touch with the concerns of families struggling to get by,” she said in a statement.

On Thursday, Mr. Biden said American voters sent a message during the midterms that they want the Republicans and Democrats to work together.

“Regardless of what the final tally shows, I am prepared to work with Republicans,” Mr. Biden said. “But the American people made it clear they expect Republicans to work with me as well.”

While Republicans are on track to control the House, the anticipated GOP wave did not pan out.

Mr. Biden’s comments on Thursday contrast with his reaction Wednesday when asked if he was prepared to take a different policy approach amid his low approval rating and widespread discontent with the path the country is on.

“I’m not going to change anything in any fundamental way,” the president said at a rare press conference on Wednesday. “We’re just getting started. While the press and the pundits were predicting a giant red wave, it didn’t happen.”

• Jeff Mordock contributed to this story