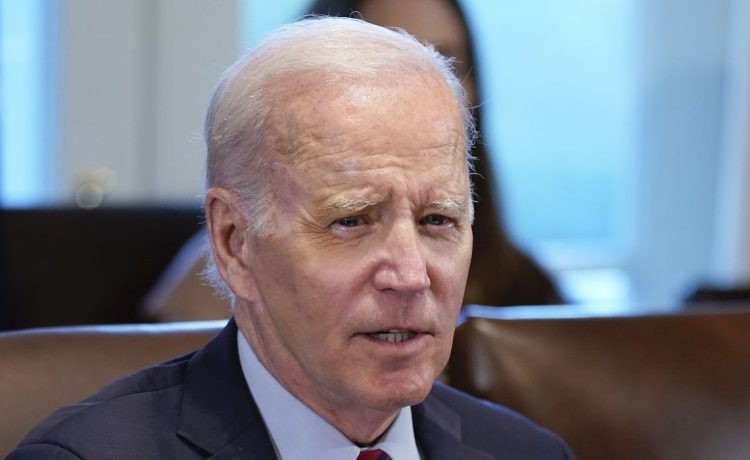 President Biden is unleashing a new tidal wave of red tape — nearly tripling the number of the most costly regulations compared to the Trump era — as he imposes a government-wide approach to climate change and social-justice policies.

The administration’s newly released “Unified Regulatory Agenda” includes 332 “economically significant” proposed rules that would each cost the economy at least $100 million per year. In President Trump’s final year in office, he proposed 199 such rules, and 20 of those were aimed at de-regulation.

Mr. Biden’s regulatory push appears likely to exceed that of President Obama, according to Wayne Crews, regulatory analyst at the Competitive Enterprise Institute.

“Obama called it a ‘pen and phone,’ but Biden has taken it to a new level,” Mr. Crews said. “Biden has this aggressive, progressive agenda that he’s able to influence and inflict, just by the sheer size of the federal government.”

The government’s rule-making powers address climate change, workplace regulations, clean air and water, equity issues, health care, cryptocurrency and other subjects across all federal agencies. In all, the plan outlines 2,651 rules in various stages of consideration.

For example, the Securities and Exchange Commission plans to issue regulations on climate disclosure by April. The rules would require employers to report their greenhouse gas emissions and disclose how climate change affects their companies.

The Labor Department wants to release a final rule clarifying when a worker is classified as an independent contractor or as an employee protected under federal wage law.

The Environmental Protection Agency and the Department of Energy are weighing clean-air regulations for methane and ozone standards, among other proposals. More vehicle emission rules are also on the agenda.

The Department of Health and Human Services will propose a rule to create disincentives for health care providers who interfere with the sharing of electronic health records.

The Federal Trade Commission issued a proposal on Thursday to ban the use of noncompete clauses, which would allow workers to jump to a rival company or start a competing business without the risk of being sued by their former employer. The FTC said noncompete clauses are exploitative and affect nearly 20% of U.S. workers.

“Noncompetes are basically locking up workers, which means they are not able to match with the best jobs,” FTC Chair Lina Khan told reporters. “This is bad for competition. It is bad for business dynamism. It is bad for innovation.”

The proposal is subject to a 60-day public comment period before it can be adopted as a regulation.

“Since the agency’s creation over 100 years ago, Congress has never delegated the FTC anything close to the authority it would need to promulgate such a competition rule,” he said. “Attempting to ban noncompete clauses in all employment circumstances overturns well-established state laws which have long governed their use and ignores the fact that, when appropriately used, non-compete agreements are an important tool in fostering innovation and preserving competition.”

Mr. Crews said even more rules will be issued as a result of Congress passing massive spending bills such as the American Rescue Plan, the “Inflation Reduction Act, and other legislation in the past two years.

“All of that stuff is regulatory even before they write the first rule,” he said. “A lot of this stuff was bipartisan. Congress has enabled this.”

The White House said its new regulatory agenda “comes at a moment when the president’s plan to grow the economy from the bottom up and middle out is showing results.”

“In the year ahead, agencies will use their regulatory authorities to build on this important progress and advance key national priorities,” the White House said. “The administration will take action to help strengthen our economy by continuing to protect workers’ health and safety, delivering on the president’s commitment to promote competition and economic opportunity, and improving customer experience and access to critical government services and benefits.”

The Office of Management and Budget said the plan “advances the administration’s ambitious climate and clean energy agenda with ongoing efforts to promote clean air and clean water, improve energy security and efficiency, and help mitigate the dangers of climate change.”

“The administration will also continue to enact a whole-of-government approach to make our communities safer and build a more equitable economy that reduces barriers to opportunity, roots out discrimination, and delivers environmental justice to communities across the nation,” OMB said.

“The big one is equity of course, but also ‘climate crisis,’ ‘competition policy,’ long COVID, digital currency,” he said. “The federal government’s heft now is utterly unprecedented, and meanwhile it’s accusing the private sector of being monopolistic in meatpacking and digital communications and content, media content. But nobody is the 600-pound gorilla anymore other than the federal government, and it’s able to use its spending heft.”

Many Republican lawmakers from Western states are taking aim at the administration’s revised “Waters of the U.S.” rule that was issued just before New Year’s Day. It gives federal and state governments authority to limit the flow of pollutants, including livestock waste and construction runoff, and returns control to the EPA for many wetlands and waterways previously restricted by the Trump administration.

The lawmakers noted that the Supreme Court will consider a case this year on what wetlands are covered by the previous rule.

“This rule is yet another bureaucratic attack on rural America,” said Rep. Dan Newhouse, Washington Republican and chair of the Western Caucus.

“Western Caucus members and the rural communities we represent have consistently called on the administration to provide regulatory certainty for farmers, ranchers, small businesses and landowners – most recently, requesting that the administration not move forward with rulemaking until the Supreme Court has ruled on Sackett v. EPA.”

He said the issuing of the administration’s new rule made it “crystal clear that we have been ignored.”

“Not only is this rule premature, but it is ultimately detrimental to rural communities – and clean water conservation efforts – across the United States. We will continue to fight for effective locally-led efforts to protect our clean water and against one-size-fits-all mandates,” he said.

The new blueprint for regulations was released as House Republicans struggled for a third straight day to elect a speaker, blocking lawmakers from being sworn in and preventing committees from beginning their work.

“As the House remains closed for business, the Biden regulatory agenda is moving full-speed ahead,” tweeted Ben Koltun, director of research at the policy research firm Beacon Policy Advisors in Washington.

Mr. Crews said the administration’s expansion of the regulatory state should get heavy scrutiny from Congress. Lawmakers should review especially the president’s move to transform the White House Office of Information and Regulatory Affairs from supervising new regulations to an advocacy role of trying to identify the “net benefits” of a rule, he said.

“I hope that the 118th Congress can get up on his hind legs and wake up to this,” he said. “We’ve got a real problem in that there’s no oversight. The office that’s charged with doing it, rather than supervising, they’re saying, ‘We’re making sure that the administration’s goals are advanced in equity and climate and housing policy.’ This kind of approach to governance makes limited government impossible.”