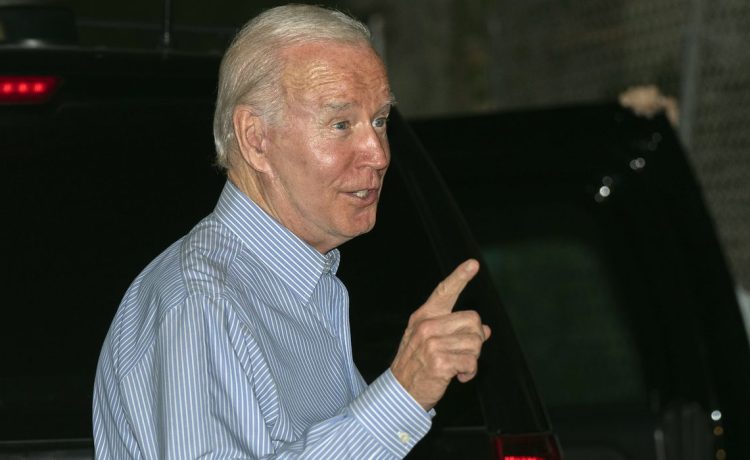 President Biden on Friday declined to comment on his deliberations about running for reelection in 2024 amid expectations that he would come to a final decision over the holidays.

Mr. Biden was asked by reporters whether he had been having discussions about the 2024 election as he departed a restaurant on Friday evening in St. Croix in the U.S. Virgin Islands, where he is celebrating the New Year’s holiday.

“There is an election coming up?” Mr. Biden replied in jest.

He declined to engage otherwise on questions about his intent to run in 2024.

White House chief of staff Ron Klain said earlier this month that Mr. Biden will make his final decision over the holidays.

Anxious chatter within the Democratic Party over Mr. Biden’s intention to run in 2024 largely cooled following a string of legislative victories over the summer and in the lead-up to the midterms.

Mr. Biden has signaled that he will likely run for president again in 2024 but hasn’t formally declared his candidacy. In a post-midterm elections press conference, Mr. Biden said he plans to seek reelection but won’t make an official announcement until early 2023.

First lady Jill Biden has told White House staff that she is “all in” for her husband running in 2024, CNN reported earlier this month.