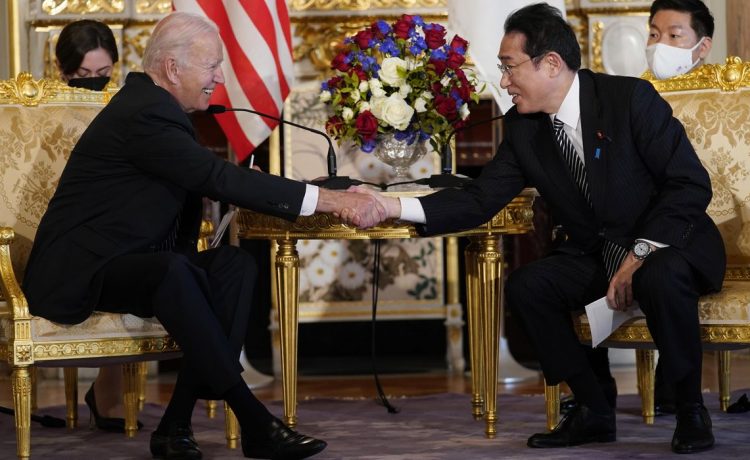 Pyongyang’s missile launch over Japan for the first time since 2017 marks a significant escalation by Kim Jong Un’s regime amid its recent uptick in missile launches over the waters off the Korean Peninsula.

The most recent launch landed in the Pacific Ocean after traveling over northern Japan.

During his call with Mr. Kishida, Mr. Biden reinforced the U.S. “ironclad” commitment to Japan’s defense following the launch and pledged to work with South Korea and other allies in limiting North Korea’s “ability to support its unlawful ballistic missile and weapons of mass destruction programs.”

“The leaders jointly condemned the DPRK’s missile test in the strongest terms, recognizing the launch as a danger to the Japanese people, destabilizing to the region, and a clear violation of United Nations Security Council resolutions,” the White House said referring to North Korea by its official name, the Democratic People’s Republic of Korea.