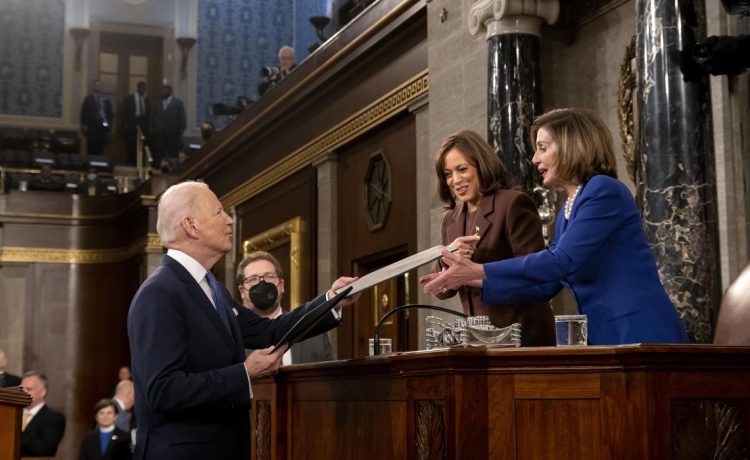 President Biden on Thursday praised Nancy Pelosi as the “most consequential” House Speaker in history, following her decision to step down from her role as the top House Democrat for nearly two decades.

“As a nation, we owe her a deep debt of gratitude for her service, her patriotism, and above all, her absolute dignity,” Mr. Biden said.

“There are countless examples of how she embodies the obligation of elected officials to uphold their oath to God and country to ensure our democracy delivers and remains a beacon to the world,” he said. “In everything she does, she reflects a dignity in her actions and a dignity she sees in the lives of the people of this nation.”

The president praised Mrs. Pelosi’s political prowess, noting that “with her leading the way, you never worry about whether a bill will pass.”

The California lawmaker announced her decision to a packed House chamber earlier Thursday, one day after Republicans officially sealed the majority.

The president credited the nation’s first female speaker as a driving force behind “securing once-in-a-generation bills that will define our nation for decades to come,” noting her leadership on key legislation including the $1 trillion Bipartisan Infrastructure Law and the CHIPS and Science Act, among other key bills passed during his administration.

He also noted her work during the Obama administration to pass the Affordable Care Act and the law ending the military’s “Don’t Ask Don’t Tell” policy.

“Because of Nancy Pelosi, the lives of millions and millions of Americans are better, even in districts represented by Republicans who voted against her bills and too often vilify her,” Mr. Biden said. “That’s Nancy – always working for the dignity of all of the people.”

“History will note she is the most consequential Speaker of the House of Representatives in our history,” he said.