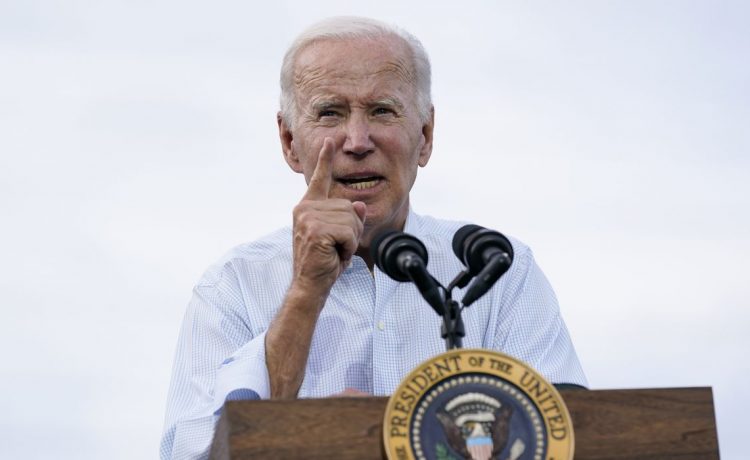 President Biden is rejecting calls from Ukrainian President Volodymyr Zelenskyy to designate Russia as a state sponsor of terrorism.

The White House said Tuesday that the designation could have “unintended consequences for Ukraine and the world” and undermine the U.S. ability to support Ukraine at the negotiating table.

“We do not think this is the most effective way to go or the strongest path forward,” White House press secretary Karine Jeanne-Pierre told reporters.

Mr. Zelenskyy and members of Ukraine’s parliament have repeatedly called on Mr. Biden to lump Russia in with Cuba, North Korea, Iran, and Syria — the only four countries that currently carry the designation — in response to the Kremlin’s assault on Ukraine.

Members of Congress from both sides of the aisle have also called on the administration to pin the designation on Russia in a bid to drive the Kremlin further to the fringes of the international community.

Sens. Richard Blumenthal, Connecticut Democrat, and Lindsey Graham, South Carolina Republican, introduced a resolution in May hoping to force the issue by attaching the measure to the nearly $40 billion military- and humanitarian-aid package passed by Congress, though that attempt fell through.

The lawmakers cited a list of grievances beyond Russia’s invasion of Ukraine, including the Kremlin’s targeting of civilians during the Second Chechen War and the Syrian Civil War, as grounds for the designation.

The resolution also cites Russia’s use of mercenaries from the Wagner Group, which the Treasury Department has labeled as “a designated Russian Ministry of Defense proxy force,” to carry out acts of violence against civilians in Ukraine, Syria, Sudan and Libya.

The White House warned Tuesday, though, that the move could backfire.

“For example, according to humanitarian experts and NGOs we have spoken to, it could seriously affect the ability to deliver assistance in areas of Ukraine,” Ms. Jean-Pierre said.

“We, of course, are going to support using further tools that will work to promote accountability for Russia’s war against Ukraine,” she said. “That’s going to be our focus as we move forward.”