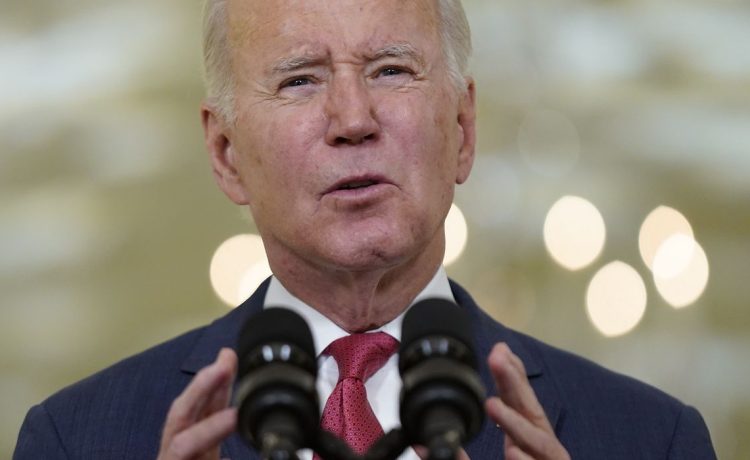 President Biden insisted Friday that America is on an economic ‘winning streak’ despite a mixed report from the Federal Reserve showing that inflation eased slightly, but consumer spending stagnated.

The Personal Consumption Expenditures Price Index, the Fed’s preferred measure of inflation, showed prices climbed 5.5% in November from a year earlier but dipped slightly from 6.1% in October. After stripping out volatile food and energy prices, the gauge was up 4.7% compared with November 2021 and down from 5% in October.

The monthly increase is the lowest since October 2021 but still well above the Federal Reserve’s goal of 2% inflation.

Personal spending stalled in November, the report showed, producing the weakest numbers since July and well below economic forecasts. The report found that consumer spending last month climbed 0.1% from October, less than the 0.2% economists had predicted.

The drop in consumer demand is a welcome sign that price pressures might be easing and the U.S. is turning the corner on inflation. But it may not be enough to force the Federal Reserve to pull back from another rate hike to cool spending.

The report also showed that Americans leaned on credit cards and savings accounts to cover the increasing costs of goods and services. That raises questions about whether consumers will be able to drive economic growth through 2023, as financial reserves may become tapped out or if rising interest rates may wean people off credit cards.

Despite the mixed news, Mr. Biden insisted the report was evidence his economic policies are working. He also cited a Labor Department report Thursday showing the job market remains tight as the number of Americans filing for unemployment claims dropped as a sign the economy is moving in the right direction.

“Coming the day after we saw unemployment claims remain low and estimates of economic growth revised upward, it is a winning streak for America’s families, businesses and farmers,” Mr. Biden said of the report. “There will be more ups and downs in the year ahead, but we are making progress building an economy from the bottom up and the middle out and I’m optimistic for the year ahead.”

It’s unclear what the Federal Reserve will do to help slow price increases sufficiently, as they run the risk of causing a recession if it slows down the economy too much.