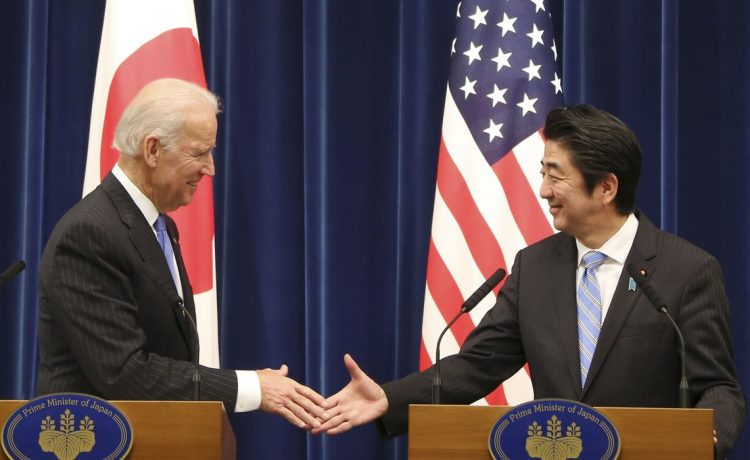 President Biden strongly condemned the assassination of Japan’s former Prime Minister Shinzo Abe, calling it a “tragedy” for the Asian country, a strong ally of the United States.

“I am stunned, outraged, and deeply saddened by the news that my friend Abe Shinzo, former Prime Minister of Japan, was shot and killed while campaigning,” Mr. Biden said in a statement Friday. “This is a tragedy for Japan and for all who knew him.”

Mr. Abe, 67, was shot from behind while giving a campaign speech in Nara, Japan. He was airlifted to a hospital but was not breathing and was pronounced dead.

As Japan’s longest-serving prime minister, Mr. Abe stepped down in 2020 because of health concerns.

Mr. Biden recalled meetings with Mr. Abe, saying that he was “a champion” of the alliance between Japan and the U.S. He also said Mr. Abe’s vision of a free and open Indo-Pacific will endure.

The two men had worked closely together on several issues. As vice president, Mr. Biden visited Mr. Abe in Tokyo and Mr. Abe came to Washington for an official state visit in 2015.

“Above all, he cared deeply about the Japanese people and dedicated his life to their service,” the president said. “Even at the moment he was attacked, he was engaged in the work of democracy.”

“While there are many details we do not yet know, we know that violent attacks are never acceptable and that gun violence always leaves a deep scar on the communities that are affected by it,” Mr. Biden said. “The United States stands with Japan in this moment of grief. I send my deepest condolences to his family.”