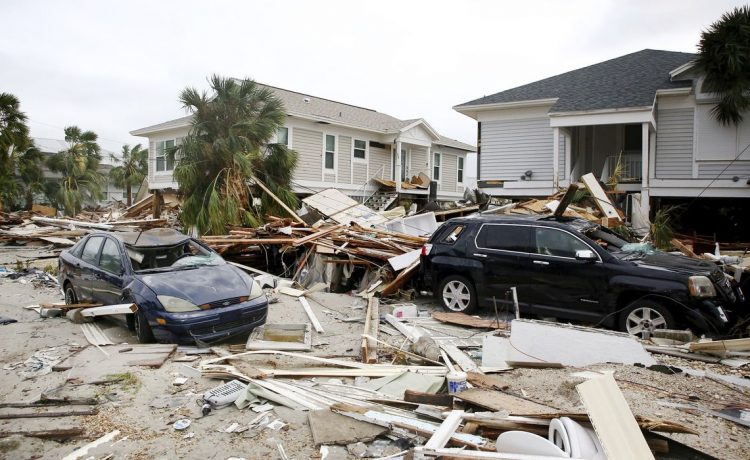 President Biden on Thursday offered a grim early assessment of the potential death toll in Florida as Hurricane Ian pummels the state, leaving a swath of destruction in its wake.

“This could be the deadliest hurricane in Florida’s history,” Mr. Biden said, speaking at FEMA headquarters in Washington, D.C. “The numbers are still unclear, but we are hearing reports of what may be a substantial loss of life.”

Historical records show that a hurricane in 1928 killed more than 2,500 people in Florida. Gov. Ron DeSantis said early Thursday that reports of “hundreds” of deaths from Ian have not been confirmed.

Mr. Biden said roads and homes across Florida are flooded, leaving millions of people without power and sending thousands more to hunker down and schools and community centers. The president offered sympathy for those impacted by Ian’s path.

More than 200 shelters have opened up across the state.

“They are wondering what’s going to be left when they get to go home, or even if they have home to go to,” the president said, urging Florida residents to follow local officials’ directions and stay inside until the water recedes.

Earlier Thursday, Mr. Biden approved Mr. DeSantis’ request for an expedited major disaster declaration. That will free up federal funds to fully cover the cost of clearing debris and other expenses related to rebuilding public buildings like schools and fire stations.

The White House said  Mr. Biden and Mr. DeSantis, a Republican and frequent critic of the president, are “committed to continued close coordination.” Mr. Biden underscored that cooperation in his remarks.

“My message to the people of Florida is America comes together. We are going to pull together as one team, one America,” he said.

The president said he intends to visit Florida and Puerto Rico, which felt Ian’s wrath earlier this week, to meet with rescue workers and survey the damage. FEMA administration Deanna Criswell is heading to Florida on Friday to check on response efforts and see what else is needed.