The Great Days > News > Joe Biden says inflation is easing, but there could be ‘setbacks’ before prices decline
News

Joe Biden says inflation is easing, but there could be ‘setbacks’ before prices decline 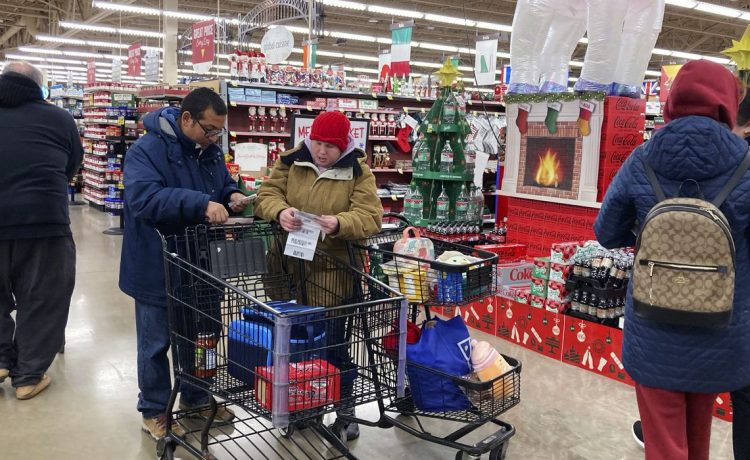 President Biden on Thursday welcomed a key sign that inflation might be easing but warned there could be “setbacks” before his administration can wrestle prices down.

Mr. Biden’s remarks came after a report from the Commerce Department showed that prices increased by 6% in October compared to a year earlier. That was down from 6.3% year-over-year increase in September.

Excluding volatile food and energy prices, so-called core inflation over the previous 12 months was 5% less than the 5.2% annual increase in September.

Mr. Biden said the report was evidence the U.S. is making progress in tackling inflation but acknowledged there is more work to be done.

“It will take time to bring inflation back to normal — and there could be setbacks along the way — but the American people should have confidence that our plan to tackle inflation without giving up all the historic economic gains American workers have achieved is working,” Mr. Biden said in a statement.

The Federal Reserve Bank has been closely monitoring inflation, which is at its highest level since the early 1980s. It has raised its benchmark rate six times since March in an effort to bring inflation under control.

The past four hikes by the central bank have been by a staggering three-quarters of a point in an attempt to slow inflation to its 2% annual target without triggering a recession.

Fed Chair Jerome Powell signaled Wednesday that the bank is poised to slow its rate increases in December, a move which was met with cheers from the financial markets. But he was not clear when or at what rate they will stop raising borrowing costs.

This story was based in part on wire services.