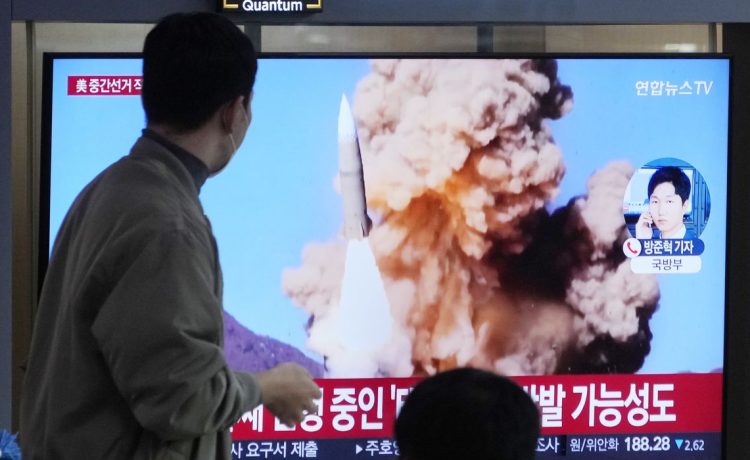 President Biden said Monday he doesn’t know if China has the capacity to “control” North Korea and its repeated missile launches, but he told Chinese President Xi Jinping during a high-profile sitdown that he expects Beijing to try.

Speaking in Indonesia, Mr. Biden said he told Mr. Xi the U.S. will take all necessary steps to defend its allies and American soil, which could mean a bigger military presence in the region.

“I made it clear to President Xi Jinping that I thought they had an obligation to attempt to make it clear to North Korea that they should not engage in long-range nuclear tests,” Mr. Biden said.

Mr. Biden said if North Korea does step up its tests, “we would have to take certain actions that would be more defensive on our behalf.”

“It would not be directed against China, but it would be to send a clear message to North Korea,” Mr. Biden said. “We are going to defend our allies as well as American soil and American capacity.”

The U.S. has a large military presence in South Korea and conducts joint drills with allies in the region, to the chagrin of Pyongyang and dictator Kim Jong-un.

North Korea has been firing off missile tests at a rapid clip of late, prompting worries it might resume nuclear testing. The Pyongyang government is notoriously reclusive, though Beijing is the closest thing it has to a global ally.

“It’s difficult to determine whether or not China has the capacity [to control Pyongyang],” Mr. Biden said.

“I’m confident China is not looking for North Korea to engage in further escalatory means,” he added. “We would be more up in the face of China but it wouldn’t be because of China, it would be because of what was going on in North Korea.”