Joe Biden searches for words to describe House speaker mess, gets an assist from Kamala Harris 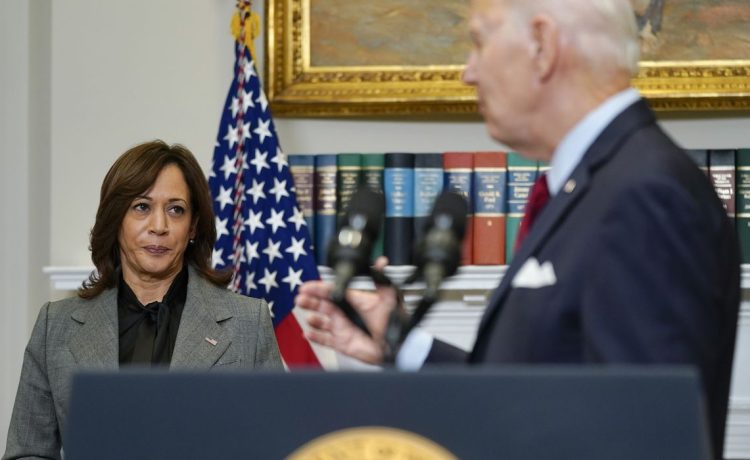 Count President Biden among those left speechless by the never-ending search for a speaker of the House.

As voting reached a seventh ballot on Thursday, the president had a hard time describing his level of interest in the process.

“I’m following it with great, uh… how can I say it?” Mr. Biden said after a White House speech on the border.

House GOP leader Kevin McCarthy worked through the night to mollify roughly 20 GOP holdouts who are denying him the votes he needs to become the speaker.

Mr. McCarthy, California Republican, is desperately seeking the job and offering several compromises to holdouts that would help him reach a breakthrough. Alternatively, he could lower the threshold of needed votes if holdouts get out of the way by voting “present.”

The mess is postponing the swearing-in of new House members and legislative activity.

Mr. Biden on Wednesday said the once-in-a-century delay in selecting the speaker is “embarrassing” and not a good look for the U.S.

At the same time, House Democrats have made it clear that the House GOP majority needs to clean up their own mess and they have no interest in backing anyone except their leader, Rep.-elect Hakeem Jeffries of New York.