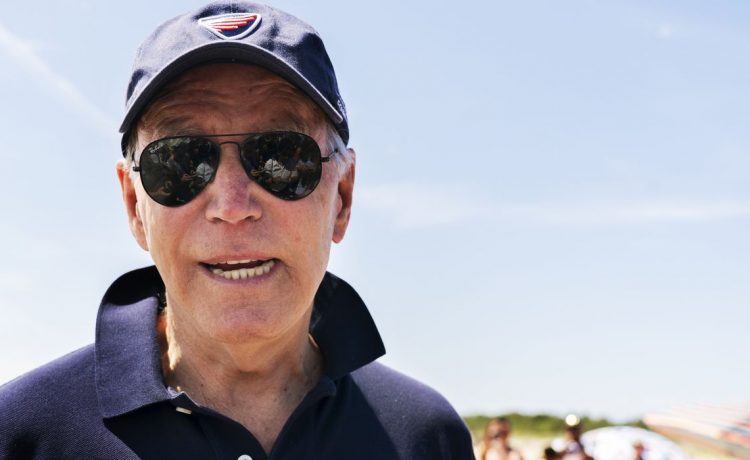 WILMINGTON, Del. — President Biden has spent more than a quarter of his time in office on getaways to his home state of Delaware, surpassing former President Donald Trump’s highly criticized time away from the White House.

As of Sunday, Mr. Biden has logged 55 visits to Delaware totaling some or all of 174 days spent at his homes in Rehoboth Beach and Wilmington since becoming president nearly two years ago, according to a CNN analysis of the official White House press corps tally.

At the same point in his presidency, Mr. Trump had logged 135 days away on trips to either his Mar-a-Lago estate in Palm Beach, Florida, or his golf club in Bedminster, New Jersey.

The White House chalks up Mr. Biden’s time tucked away in Delaware to him being “deeply proud of his roots and his family,” and says that it has been a “staple of his time in public life to never lose touch with either.”

“Presidents of the United States are constantly on the job, regardless of their location — whether they’re on a state visit overseas or just 100 miles from the White House for a short trip to Wilmington, DE,” White House spokesman Andrew Bates told the network. “And as all Americans can agree, it’s important for leaders to avoid becoming ensconced in Washington.”

Trips to Delaware became a key part of “Amtrak Joe’s” persona throughout his career in the U.S. Senate. He was known to dash out of Washington nearly every night to go back to his home state once the upper chamber gaveled out for the day.

The train station in Wilmington bears his name, and he has carried the miles — and his zip code outside of Washington — as a badge of honor on the campaign trail.

But a trip back home for a sitting president requires significantly more planning and coordination among the hoards of White House staff and a Secret Service detail always in tow.

The trips can also be costly.

The cost of a one-hour flight on Air Force One is $180,118 — accounting for fuel, flight consumables, repairs, and maintenance — according to a 2016 Air Force disclosure in response to a Freedom of Information Act request by conservative watchdog Judicial Watch.

The Air Force One hop from Washington to Wilmington clocks in at less than an hour, and the president has a range of other travel options at his disposal, including a smaller plan than the iconic modified version of the Boeing 747 that costs significantly less to operate, draining the coffers by just $15,846 per flight hour to operate.

But other costs, especially the added costs for security, quickly add up.

There have also been questions raised over White House transparency while the president is in Delaware, including how much business, if any, is conducted in The First State.

The New York Post reported earlier this month that the Secret Service denied its Freedom of Information Act request and subsequent appeal to hand over visitor logs from Mr. Biden’s Delaware residences claiming an agency search returned “no positive records.”

The president had taken 17 trips home at the time the request was filed.

Rep. James Comer of Kentucky, the top Republican on the House Oversight Committee, called the Secret Services’ claim that the president had no visitors “a bunch of malarky,” borrowing one of Mr. Biden’s favorite catchphrases.

“Americans deserve to know who President Biden is meeting with, especially since we know that he routinely met with [first son] Hunter’s business associates during his time as vice president,” Mr. Comer told the newspaper. “The Biden administration must provide transparency to the American people.”