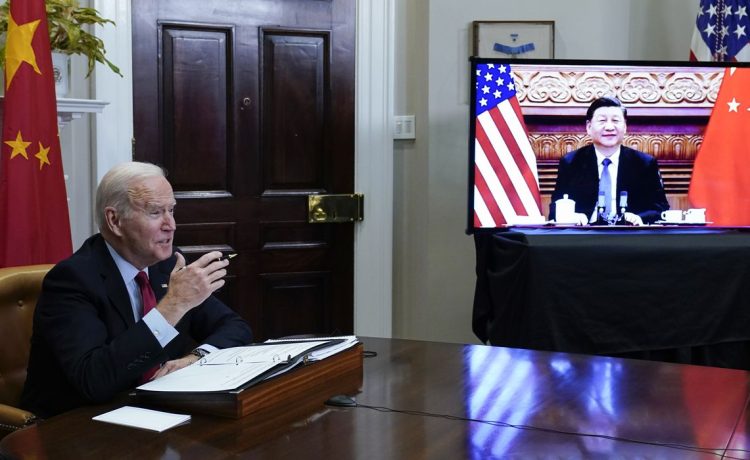 President Biden will meet with Chinese leader Xi Jinping next week in Bali, Indonesia, during the Group of 20 Summit, a White House official said Thursday.

The meeting will take place on Monday and will focus on reducing simmering tensions between the two nations. It will not be a full-blown summit in which one nation hosts the other, but rather a side meeting while both leaders are in Indonesia.

A senior administration official told reporters that Mr. Biden will try to “build a floor” for the relationship with Beijing.

“One of the main objectives is really about deepening their understanding of one another’s priorities and intentions with the goal of reducing misunderstandings and misconceptions and ensuring we can have ongoing lines of communications,” the official said.

Still, the official said Mr. Biden will bring up some sensitive topics during the meeting, including threats Beijing has made against Taiwan, its human-rights record and Russia’s invasion of Ukraine.

While China has not explicitly endorsed Russia’s invasion of Ukraine, it has deep ties with Moscow and has blamed the U.S. and NATO for the war.

“I don’t in any way think that the two leaders are going to resolve all their differences or problems, but some of these steps could be important along the way,” the official said.

The official told reporters they don’t expect the meeting will result in a major announcement.

It will be the first in-person meeting between the two leaders since Mr. Biden became president. The two leaders had discussed a possible face-to-face meeting during a two-hour phone call in July.

When he was vice president under President Obama, Mr. Biden spent a lot of time meeting with Mr. Xi, who only recently began traveling outside his country again because of the COVID-19 pandemic. The last time Mr. Xi met with a U.S. leader was in 2017, when he met with former President Trump.

Mr. Xi last month won an unprecedented third term, cementing his status as China’s most powerful figure in decades. Mr. Biden’s Democratic Party exceeded expectations in this week’s midterm elections, which he’s hailed as a vindication of his policies, although Republicans are likely to take control of the House and still have a chance to win the Senate majority.

The increasingly fraught relationship between the U.S. and China has become problematic for both leaders. Communications between both nations have declined as they compete for global influence, and military and technological dominance.

SEE ALSO: Iran says it has developed a hypersonic missile

Tensions became even further strained earlier this year when House Speaker Nancy Pelosi, California Democrat, traveled to Taiwan, an island Republic that China claims is part of its territory.

Weeks ahead of Mrs. Pelosi’s trip, Chinese officials began warning the U.S. that it was “playing with fire” if she visited the island. In retaliation for the August trip, China halted its relations with the U.S. on a range of issues, including climate change and military ties.

China viewed the August trip, the first by a House speaker in 25 years, as support for Taiwan’s independence.

Mr. Biden’s repeated public statements that U.S. troops would defend the island if China invades it, has further eroded tensions between Washington and Beijing.

Although the White House has continually walked back Mr. Biden’s remarks, Beijing reacted with outrage, vowing that any attempt to interfere in Taiwan will be “crushed by the wheels of history.”

The trip announcement comes as Mr. Biden leaves for Egypt, where he will deliver remarks at a global climate summit. He will then head to Phnom Penh, Cambodia for a summit of South Asian nations before traveling to Bali for the G-20 summit.