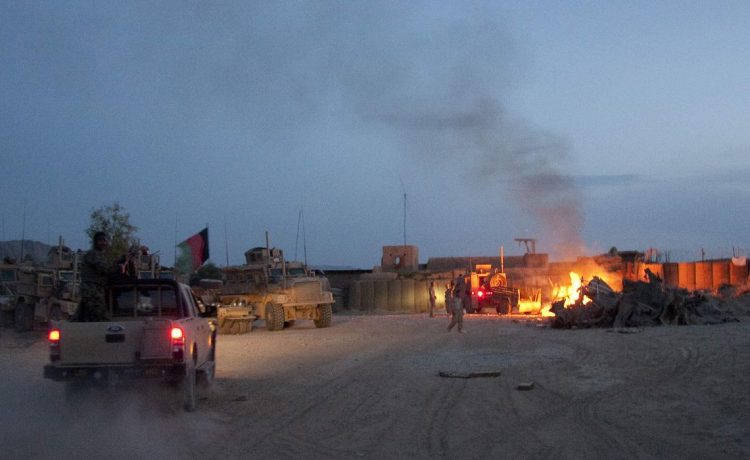 President Biden will travel to Delaware on Friday to participate in a town hall to encourage veterans exposed to toxic burn pits to receive screenings and seek benefits, the White House announced Wednesday.

The event will take place at the National Guard center in New Castle, Delaware, named in honor of Mr. Biden’s son Beau Biden, who served in the Delaware Army National Guard and died from brain cancer in 2015 at age 46.

Mr. Biden suspects that his son’s death was caused by burn pit exposure while deployed to Iraq from 2008 to 2009, but the link is unproven.

During this week’s town hall, Mr. Biden will speak with veterans and survivors to discuss the recent expansion of benefits for veterans exposed to hazardous toxins in the line of duty.

The new law, known as the PACT (Promise to Address Comprehensive Toxics) Act, expands access to health care through the Department of Veterans Affairs for millions who served near burn pits. It also directs the VA to presume that certain respiratory illnesses and cancers were related to burn pit exposure, letting veterans obtain disability payments to compensate for their injuries without having to prove the illness was a result of their service.

Roughly 70% of disability claims related to burn-pit exposure are denied by the VA due to a lack of evidence, scientific data and information from the Defense Department.

The military used burn pits to dispose of things such as chemicals, cans, tires, plastics, and medical and human waste.

Hundreds of thousands of Vietnam War-era veterans and survivors also stand to benefit from the legislation. The bill adds hypertension, or high blood pressure, as a presumptive disease associated with Agent Orange exposure.

The law expands eligibility for VA health care for veterans exposed to toxins and adds new presumptive conditions for burn pits and other toxic exposures.

Mr. Biden signed the legislation into law in August, saying at the bill signing ceremony it’s “the most significant law our nation has ever passed. Veterans of the wars in Iraq and Afghanistan not only faced dangers in battle. They were breathing toxic smoke from burn pits. When they came home, many of the fittest and best warriors that we sent to war were not the same. Headaches, numbness, dizziness, cancer.”

He noted, “My son Beau was one of them.”