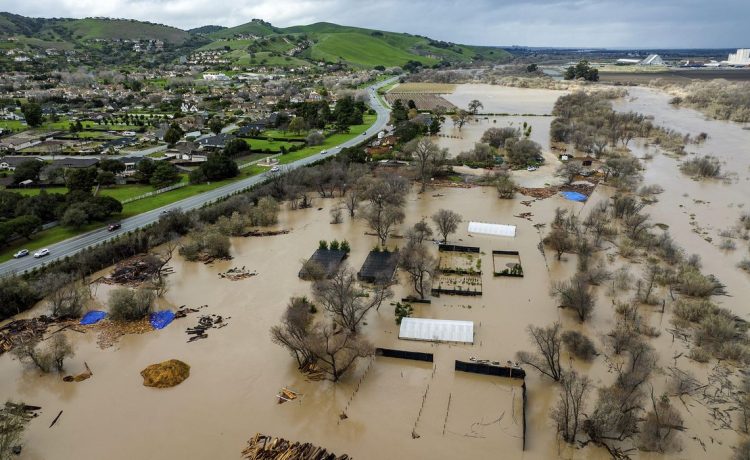 President Biden will travel Thursday to California to survey extensive flood damage in its central coast region, according to the White House.

Some parts of the state have received as much rain over the past three weeks as they would typically receive in a full year. Flooding has knocked out power, destroyed homes and caused nearly 20 deaths.

“The president will visit with first responders, state and local officials, and communities impacted by the devastation from recent storms, survey recovery efforts, and assess what additional federal support is needed,” the White House said late Monday.

Meteorologists said atmospheric patterns whisked tropical moisture up into parts of California that usually don’t see as much rain. The saturated land has led to sinkholes, mudslides and other problems.

The National Weather Service says the rain will let up Tuesday, ushering in a drier period.