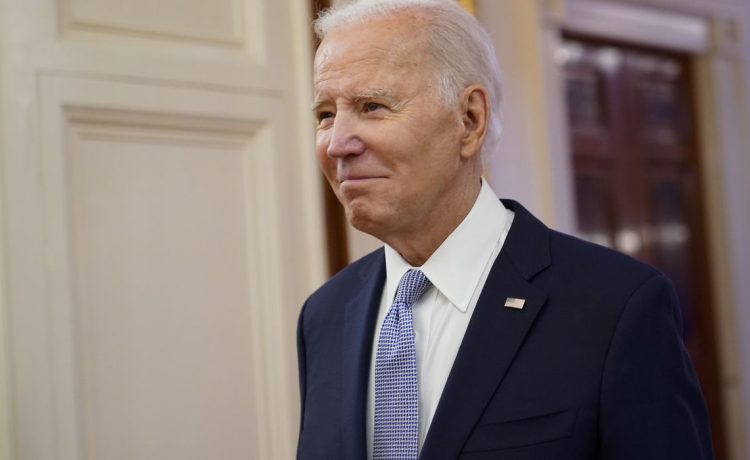 In a statement marking the Orthodox holiday on Saturday, Mr. Biden wished “a peaceful and joyous Christmas to Orthodox Christians in the United States and around the world.”

“During this sacred season, we celebrate the birth of Jesus Christ and the power of faith to lift us up, to change us, and to change the world,” he said. “We are thankful for the many ways in which Orthodox Christians continue to show love and compassion to their neighbors.”

Orthodox Christians, who follow the Julian calendar rather than the Gregorian calendar followed by other Christian groups, celebrate the holiday in early January.

The president was criticized last month for what some viewed as an intentional decision not to mention Christ directly in his White House speech ahead of the Gregorian holiday, despite referring to Jesus at one point as the “child Christians believe to be the son of God.”

During his address, Mr. Biden said Christmas “speaks to all of us, whether we’re Christian, Jewish, Hindu, Muslim, Buddhist, or any other faith, or no faith at all.”

He also decried the divisive political environment during his address, saying he hoped the holiday offered a time for “quiet reflection” and to view “each other, not as Democrats or Republicans, not as members of ‘team red’ or ‘team blue,’ but as who we really are: fellow Americans.”

“He mentioned the Muslims, but he failed to name the Reason for the Season,” Mr. Starnes wrote on Twitter. “Nothing triggers the Left like the name above all names.”

“I think this is just a manifestation, this speech not mentioning Christ, talking about how divided this nation’s been for so long, it’s all part and parcel of the secularization of America and we need to return to our faith,” she told Fox News’ “Outnumbered.”

Mr. Biden said on Saturday that he joins “the Orthodox Christian community in praying for peace, justice, and joy for all God’s children in this new year.”

“As services take place in churches around the nation and the world, we reaffirm the right of all people to practice their faith freely and recommit to standing with those who face discrimination, persecution, and violence because of their faith,” he said.