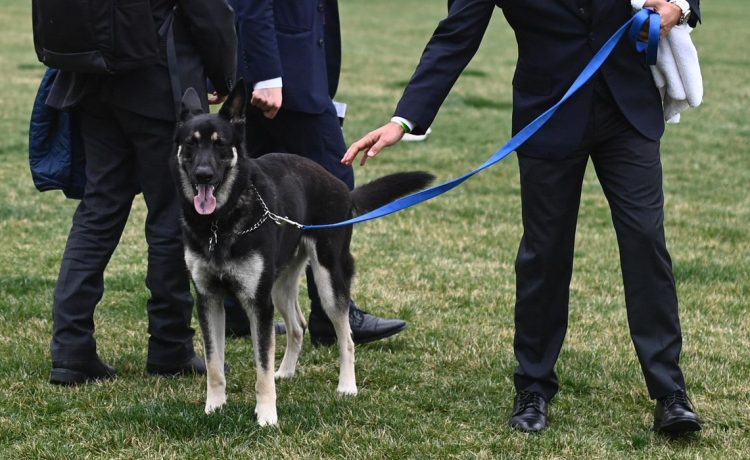 According to an upcoming book, the president doesn’t believe the Secret Service’s account of a biting incident involving his German shepherd dog Major.

Chris Whipple’s “The Fight of His Life: Inside Joe Biden’s White House” reports that while Mr. Biden believes Major bit an agent, he thinks the service, which he believes became politicized under former President Trump, is fudging details to make itself look good.

Mr. Biden “wasn’t buying the details,” such as the location of the incident, Mr. Whipple wrote, according to an account in The Hill.

According to Mr. Whipple, Biden told a friend that Secret Service agents are never on the second floor of the White House, where the bite happened.

“Somebody was lying, Biden thought, about the way the incident had gone down,” Mr. Whipple wrote.

At the time, Mr. Biden publicly backed his dog at first, calling him a “sweet” animal unfamiliar with White House life among Secret Service details.

That’s not the only reason for Mr. Biden’s purported distrust of the Secret Service.

“A bigger problem was Biden’s discomfort with his Secret Service detail; some of them were MAGA sympathizers. He didn’t trust them,” the book states, according to The Hill.

Not only does his Secret Service detail contain “MAGA sympathizers” in Mr. Biden’s eyes, but it also “is full of white ex-cops from the South who tend to be deeply conservative,” Mr. Whipple wrote.

Mr. Biden also was worried about the presence of Tony Ornato as U.S. Secret Service assistant director in charge of training. Mr. Trump had named him deputy White House chief of staff for operations in December 2019 on a temporary assignment before he went back to the Secret Service, where he had already served for more than 20 years.

“Surrounded by a new phalanx of strangers, Biden couldn’t help but wonder, Do these people really want me here?” Mr. Whipple wrote.

Mr. Biden also thought that the “Secret Service had looked both incompetent and politicized,” according to Mr. Whipple, over the revelations that I had erased most of its messages from Jan. 6, 2021.