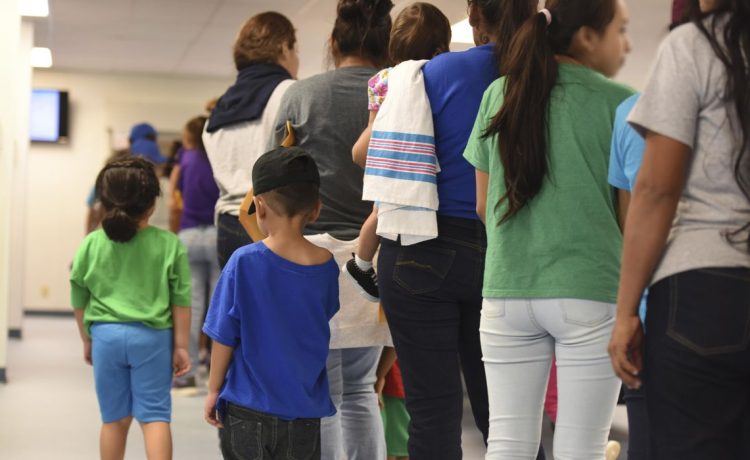 President Biden’s allies in the immigrant-rights movement revolted en masse on Thursday after seeing the details of his new border policy and pronouncing it a betrayal of his promises to them.

The New York Immigration Coalition called the plan “shameful,” while the American Immigration Council labeled it “a harsh, Trump-style crackdown on asylum seekers.”

Mr. Biden announced a plan to offer would-be illegal immigrants from Haiti, Cuba and Nicaragua a new legal path to entry through Homeland Security’s “parole” powers, joining Venezuelans who he’s already covering with his parole power. Mr. Biden said the U.S. will accept up to 30,000 people a month.

But Mr. Biden said the carrot approach must be coupled with a stick, and in this case it’s a revival of the return-to-Mexico policies pioneered by his predecessor, former President Donald Trump.

“President Biden’s plan to expel those who attempt to cross the border, announced earlier today, is an attack on the humanitarian values and obligations of the United States,” said Murad Awawdeh, executive director of the New York Immigration Coalition.

“Biden must make good on his promise to build a more welcoming and inclusive immigration system,” she said.

For two years, Mr. Biden had moved toward the demands of the immigration groups. He had proposed deep cuts to U.S. Immigration and Customs Enforcement’s detention budget, had his Homeland Security secretary try to limit arrests of illegal immigrants already in the U.S., stopped construction of the border wall, and attempted to unwind the network of get-tough border policies put in place by Mr. Trump.

The result has been the worst border numbers on record, sparking Thursday’s pivot.

Mr. Biden acknowledged the groups’ concerns that some less well-off migrants may struggle to take advantage of his new legal pathway.

But he said there are “also ways to get to ports of entry along the border as well.”

He defended his proposal, saying the U.S. must reassert its ability to control the flow of people, rather than allowing the migrants themselves to determine who arrives and, to a large extent, who remains.

“I mean, look, if you think about it, there’s not a whole lot of countries people would rather live in than here,” he said. “There has to be an orderly process and a rationale to it.”