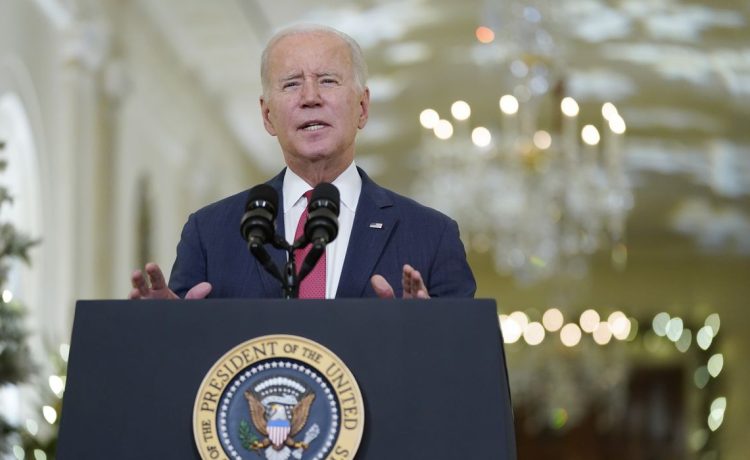 President Biden has appointed more district court judges than his predecessor did during the first 23 months of their presidencies.

But Mr. Biden hasn’t undone the conservative bent that former President Donald Trump and Senate Republicans cemented during the prior administration, according to court watchers.

They say most of Mr. Biden’s nominees have replaced Democratic judges, not GOP appointees. Mr. Trump was able to flip many seats — including circuit court posts — to Republican jurists.

“Ideologically, it is not going to be as big of a change,” Carl Tobias, a professor at the University of Richmond School of Law, said of Mr. Biden’s impact on the judiciary.

During his presidential campaign, Mr. Biden’s promise had been to diversify the Supreme Court, vowing to appoint the first Black woman to the high court if a vacancy arose. He made good on that promise when he elevated Justice Ketanji Brown Jackson to replace retired Justice Stephen G. Breyer this year.

Other than his one Supreme Court nominee, Mr. Biden has seen 28 judges to circuit courts and 68 to district courts confirmed in his first two years.

By comparison, Mr. Trump had two appointees to the high court, 30 to circuit courts and 53 to district courts in his first two years.

Mr. Biden’s picks, experts noted, have been mostly young, diverse and representative of a different background of experience than most judicial appointees of prior presidents.

The president’s nominees also don’t seem to be from big law firms, and many have public defender backgrounds rather than the typical prosecutorial experience.

“They are not people who have any sort of national profile,” said Josh Blackman, a professor at South Texas College of Law. “I think it will take a couple years to shake out how these nominees will actually make an impact on the courts.”

Progressive supporters of Mr. Biden’s judicial goals of making the federal bench look more like America, meanwhile, are touting his focus on minorities and women.

Of 97 judges appointed in the Biden administration, 73 are women — and of those, 46 are women of color, according to Alliance for Justice. The group noted that Mr. Biden has appointed as many Black women to federal circuit courts as every other prior president combined.

Kimberly Humphrey, legal director for federal courts at Alliance for Justice, said the diverse characteristics of Mr. Biden’s judges are rebuilding faith in the judiciary because they “resemble the people they serve.”

But she said he is not done yet.

“There is still so much work to be done to fill the remaining vacancies and expand representation on our courts. We still need to see more judges from the Latinx, LGBTQ+, and disability communities as well as more judges with experience advocating for economic justice, voting rights, and the environment,” Ms. Humphrey said.